The NY Times has finally reported that when it comes to exercise, less can actually be more beneficial than, well, more.

Cheers are erupting from across the globe as workout DVD’s are being tossed out windows; trendy exercise clothing is now being refashioned for everyday corporate office wear; the phrase “muscle confusion” can now be categorized as outdated, along with “the Jane Fonda workout” and “the macarena”.

A peace has been restored.

Well… at least until the next study is released telling us that extreme, puke a lung, drive yourself into the ground, cross train til your wheels fall off type of exercise is the only thing going to save mankind. I’m not looking forward to that study. That’s why I’m sitting back, all of a sudden feeling five pounds lighter, much less critical about my workout efforts and able to face the day a little easier since all I have to do is, well, not as much as I originally thought!

Alright, let me place my “Drama Queen” back in its box and tuck it away in the corner of the closet, that’s enough from you. In all seriousness, this is a legit study presented at the annual meeting of the American College of Sports Medicine (aka, the Gold Standard of standards! Pretty much what they say goes in the fitness world. All those rules about fitness (time, length, duration, modality), they basically wrote them all.) This study (and I’m really giving you just the juicy bits… for the full monty click here) included 52,656 American adults evaluated from 1971 – 2002. Of those, 27% reported running at various levels. (What the other 73% were doing in that time is a mystery. Being sedentary probably isn’t a far off notion.) Here’s an excerpt of what they found:

Over the course of the study, 2,984 of the participants died. But the incidence was much lower among the group that ran. Those participants had, on average, a 19 percent lower risk of dying from any cause than non-runners.
Notably, in closely parsing the participants’ self-reported activities, the researchers found that running in moderation provided the most benefits. Those who ran 1 to 20 miles per week at an average pace of about 10 or 11 minutes per mile — in other words, jogging — reduced their risk of dying during the study more effectively than those who didn’t run, those (admittedly few) who ran more than 20 miles a week, and those who typically ran at a pace swifter than seven miles an hour.
Dr. Carl J. Lavie, medical director of cardiac rehabilitation and prevention at the Ochsner Medical Center in New Orleans and an author of the study says “If anything, it appears that less running is associated with the best protection from mortality risk. More is not better, and actually, more could be worse.”

So I don’t have to work on improving my run time? My time of 9:30 for a 1 mile run is actually going a little too fast? I should ease off a little in order to reap the benefits, such as a longer lifespan? 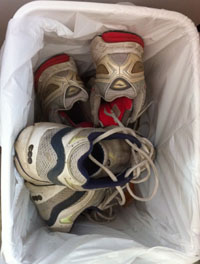 This should most certainly be powerful evidence for those who currently do not workout and choose to remain sedentary. This study is basically stating that you don’t have to go all out and completely alter your lifestyle with an all or nothing fitness approach. Fitting in some time to take a nice, slow-paced jog is totally achievable and completely within the realm of being able to make a difference in your lifespan (assuming you’re not smoking a pack a day and eating drive-thru 10 times a week. If that’s the case, I’m thinking jogging isn’t going to be enough to help you out!) But for those who are timid, unsure and feel totally lost in the world of fitness, this is your invitation to start a jogging program. How easy is that. Throw on a pair of shoes and get moving, it’s the cheapest fitness plan I know of! And could it get less intimidating? I think not.

So take away from this study a very important message: every little thing you do helps to make a difference. As long as you’re moving, you’re making improvements. You get nothing from sitting around, except maybe a shorter life. Keep moving and stay active! 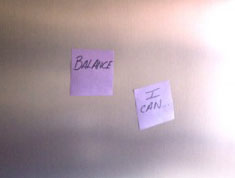 A Little Mental Food for Thought