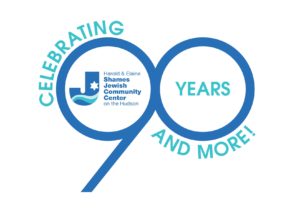 1929 was a memorable year. For good reasons and bad. Chicago had the St. Valentine’s Day massacre. Hollywood celebrated the first Academy Awards. Herbert Hoover was sworn in as our 31st President in Washington, DC. And a bit closer to home, the Jewish Community Center of Yonkers – now the Shames JCC – was born.

As the Jewish community moved north in the 1980’s, the JCC followed. Still called The Jewish Community Center of Yonkers, the “J” opened a small store front in Dobbs Ferry in 1986. In effect, it was a J without walls with most of the activities held in rented space in churches, synagogues, public schools and storefronts.

Five years later the JCC moved to a bigger space in Ardsley. With an official name change, it became the Jewish Community Center on the Hudson.

With their programs expanding, in 1995 the JCC bought a building at 371 South Broadway in Tarrytown. In the nearly 25 years since the purchase, they have remained at this location. However, with the 17,000 square foot building bursting at the seams, they bought the General Motors Training Center next door and on June 7, 2017, the doors opened to the new Harold and Elaine Shames Jewish Community Center on the Hudson.

The 6.6 acre campus features a 75,000 square foot center for Jewish community life in the River Towns.

What’s drawn so many new members? The JCC has created an environment where people of all faiths and backgrounds can connect with one another for lasting relationships. Early childhood programs and on-site day camps. A Monday morning lecture series. And a state of the art fitness center and pool complex – with new technology that exhausts out the chlorine smells so that the air you breathe is clean and fresh – a full court gymnasium and over 100 free classes, draw fitness buffs of all ages and abilities.

What’s next for the JCC? A new theatre, party space, a café, a kitchen for catered events, an art gallery and more space to expand their music and dance schools and after school programs.

As the River Towns continue to grow, so does the Shames Jewish Community Center on the Hudson, welcoming all.