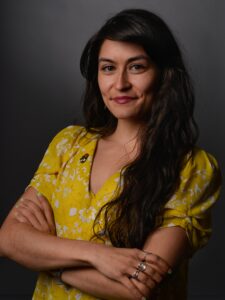 As Member of “We Can’t Wait” Slate, Agudelo Joins Coordinated Effort to Champion Policies Making New York Affordable for Everyone

“I’m so excited to stand together with the fierce working class candidates and organizers on the Working Families Party’s We Can’t Wait slate,” said Vanessa Agudelo. “Whether it’s the economic crisis or the climate crisis, we need leadership in Albany that intimately understands this urgency and is willing to organize alongside us – together in the streets and in the halls of Albany.”

“Our candidates know what it’s like to struggle to make ends meet. They know that working families need immediate action from the State Assembly,” said NY WFP State Director Sochie Nnaemeka. “We’re excited to partner with Vanessa Agudelo and invest deeply in their campaign to win good-paying jobs like the ones from the Phoenix trucking companies, good schools, free child care, affordable housing and guaranteed health care for every New Yorker.”

As part of the We Can’t Wait slate, Agudelo’s campaign will receive significant financial backing, staff and volunteers from NY WFP. When elected to the New York State Assembly, the We Can’t Wait candidates have pledged to act quickly on legislation to tax the rich and invest in affordable housing, guaranteed health care, good-paying union jobs, free child care, true public safety, and aggressive climate action.

The We Can’t Wait slate is made up of fellow working class candidates of color who know what it’s like to struggle to make ends meet and are running campaigns focused on economic justice. They are parents, teachers, and renters who grew up in households that relied on public programs to survive. They’ve faced eviction and crushing student debt, worried about how to pay medical bills, jumped from low-paying job to low-paying job, and tried to balance taking care of their parents with taking care of their kids. This is what fuels their runs for office — they intimately understand how urgently we need to deliver for working people.

In addition to Vanessa Agudelo, the full We Can’t Wait slate includes: