[Ed. Note: In recognition of Women’s History Month, RJN kicks off in our March issue a multi-part series saluting Wom-en Who Made History Here.]

Massachusetts-born Deborah Sampson (1760-1827) was one of seven children, and when her father was “lost at sea” (he actually abandoned his family and moved to Maine), her mother “bound out” her children to other households.

At age 10, Deborah became an indentured ser-vant to Jeremiah Thomas, a farmer and father of 10 sons. When Deborah was 18 and her indenture was complete, she became a teacher in the summers and a weaver in the win-ters. But the Revolution-ary War was raging and she was not the type to sit by and mend uniforms.  She wanted to fight.

So, in 1782, she disguised herself as a man, took her deceased brother’s name, Robert Shirtliff (one of various spellings), and joined the Continental Army in the Fourth Massachusetts Regiment.

At West Point, New York, Deborah was assigned to Captain George Webb’s Light Infantry Company (elite with superior physical ability). During her 17 months of service, she is said to have done many things—scouted neutral territory in Manhattan, dug trenches at the siege of Yorktown, helped storm a British fort, patrolled the banks of the Croton River, extracted a pistol ball from her thigh using a penknife and sewing needle (to avoid examination by a doctor).

While recovering from battle wounds, Deborah offered to nurse a fellow soldier, Private Richard Snow, in the attic of a house in Colabaugh.

A map of Cortlandt, circa 1797, shows the area extending from New Bridge (approximately where Quaker Bridge is now) to Crompond. The exact location of the house is not known.

Deborah quickly learned that the owner of the house, Van Tassel, was a Tory who hosted “cowboy gangs.”

After Private Snow died, Deborah returned to her regiment in Peekskill and requested permission to raid the house. Permission granted! Some say she returned with 15 Tory prisoners, nine horses, and not a single casualty.

Deborah’s sex was eventually discovered when she became ill in Philadelphia.

The doctor kept her secret and let her recover in the privacy of his own home.

She received an honorable discharge in October 1783, and returned to Massachusetts, where she later married and had three children.

She was the only woman to earn a full military pension for participation in the Revolutionary War, and went on to become one of the first professional female lecturers, know as “The American Heroine.”

She died of yellow fever at age 66.

Deborah’s life was the stuff of legend, and undoubtedly some of the details have been embellished over the years.

What we do know is that she was here, that she fought as a man, and that she survived to tell the tale. 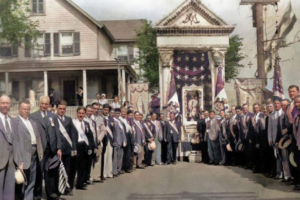 A Feast 100 Years in the Making 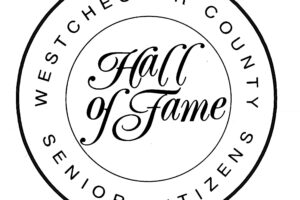