On the north side of Riverfront Green Park in Peekskill, a 3-ton rusted steel house (titled “Time Sharing”) sits aslant on a cylindrical bar, as if being pushed ashore. Farther south, on the Yonkers waterfront, is an oversized steel chair (“Studio Chair”) with an artist’s palette askew on its empty seat.

Both artworks say something about the cities that have adopted them: the house a symbol of immigrants landing their dreams on friendly soil; the  steel chair a reminder to riverfront walkers that a thriving art scene is just a few steps away.  Both also say something about the man who created them: Daan Padmos, a Dutch sculptor whose works grace parks and other public places on both sides of the Atlantic.

Daan came to New York from the Netherlands in 1985, when Soho was going posh and the Lower East Side studios were not big enough for his large-scale vision  — or his growing family.

So instead of immersing himself in the urban art and jazz scenes that he loved, Daan built himself a workshop in a sleepy little hamlet called Montrose, where two-thirds of an acre of blossoming trees and bushes spoke to his Dutch soul, and a small “open to interpretation” 1930s ranch spoke to his inner carpenter, framer, plasterer, cement worker and roofer.

For decades, Daan kept up the work ethic that his “Studio Chair” in Yonkers was meant to portray: the artist who never gives up on his own vision — welding, grinding, polishing and pacing, looking at his work from different angles, sometimes discarding it and starting over again. He was not a man to sit down — nor was he a man to sell himself. He just liked building things. He had immense respect for solid construction work and expert craftsmanship.

Although his young dreams of conquering the New York art scene never came to pass, or even equal the burgeoning reputation he had in the Netherlands, Daan grew to love the area and find his own place in it. Instead of visiting jazz clubs in the city, he took his saxophone down to One Station Plaza in Peekskill and jammed with the great musicians playing there.

Instead of navigating the city’s gallery scene, he found inspiration in hiking through Blue Mountain and kayaking on the Hudson. Instead of drawing on the energy and extremes of New York, he created a world that mirrored it in a series of steel “shacks,”  titled  “Skid Row,” whose thrown-together precision evokes a kind of paradoxical beauty.

On April 28, after a yearlong battle with lung cancer, Daan passed away, leaving his creations with friends, family and passersby on both sides of the Atlantic. He will be mourned in the Netherlands by his brothers, Hans, Rien and Gus, and his sister, Anke, and dearly missed in America by his sons, Alexander and Daniel, and by me, his wife of 42 years.

His ashes will be scattered in the river that gave him so much joy, and that 3-ton steel house will forever mark his memory. You may even spot a few tulips growing nearby.

A memorial ceremony for Daan will be held on May 15 in the Edward F. Carter Funeral Home in Montrose.

Jody Alesandro Padmos worked as an editor at The New York Times for 25 years before retiring to enjoy more of her Montrose home and the man who built it. 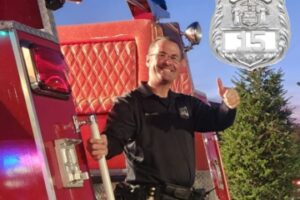 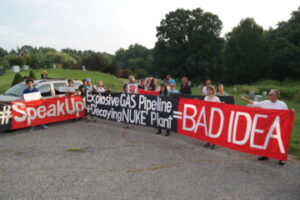 About the Author: Jody Alesandro