Opinions about motherhood have changed over the years, but maybe never as much as they did in the mid to late 1980s as far as the message that women and girls were getting about what they could achieve and no longer had to sacrifice. Looking back over the past couple of decades I see a lot of confusion and conflict, and very few women actually “having it all.”

In the interest of full disclosure let me preface this article by saying that I am childless by choice, so I have never felt the conflict of working mothers who have to decide how to get to their important business meetings and also to the school brunch. I have never felt the pain of infertility. I have never filled out a ream of paperwork so I could adopt a child. I never sat up with a feverish child only to feel dead on my feet the next morning. However, as both a human being and particularly as a therapist I do have something called empathy and can imagine what some women feel today. I have seen friends empty bank accounts and spend inheritances on fertility treatments such as IVF and egg donation. I watched as a friend struggled with aborting a fetus due to serious complications from a disorder that was related to her age. I have worked with families who adopted children without any support or education from the agencies as to what the future might hold. I have heard expressions of guilt from mothers who have realized they can’t do everything full time, and have to choose. As Mothers’ Day approaches we should not only thank and revere the mothers out there, but we should take some time to reflect on how hard it is to be a mother these days.

When I was growing up, being a mother was much easier. I don’t mean that parenting is ever easy, but it was easier because the roles were more defined and there was less conflict about it. Granted, my mother and the other PTA ladies looked down their noses at those who, as they saw it, didn’t care enough to stay home—their explanation for almost any kid who got into trouble: “You know her mother WORKS! She’s crying out for attention!”— but at least the norms were well-defined, and if you joined the PTA and baked brownies you were considered at least a good enough mother. You knew your place. Perhaps a part- time job was acceptable, but to have a career and a child was seen as impossible. Today women go to college more than men do. We have had two female Secretaries of State. My graduate school class was predominantly women, and as far as I know, most of us are now in the workforce, and many also have children. The pull to be in two places at once is very hard for these women, and the guilt they feel often plays out in depriving themselves of a life outside of work or home, overindulging their kids to compensate, or a constant struggle to be a perfect mother.

Among my friends I see the husbands continue to pursue interests such as going to the gym, watching Monday Night Football with other local fathers, or playing softball, while the wives lament how there is no time for them to do such indulgent things. When one of my friends expressed annoyance that her husband was going to the local pub to watch football, he replied that he has always encouraged her to take a night each week to go out with friends as well. But when she does she obsessively puts out the children’s clothes before she leaves, feels she has to check in while she is out, can’t allow herself the time to read a book for a book club or discussion, and feels she needs to rush home. Fathers often don’t feel the same pull. They trust that the children are safe at home with their wives, but somehow the wives don’t believe that their husbands can fold laundry or put a child to bed, when in fact one of the positive outcomes of the changing roles is that fathers now CAN do these things…unlike my father who told my mother she had to come home because I had a wet diaper. (She told him she’d be back in a few hours and hung up.)

I am not making judgment calls when I talk about the decisions faced by women today, as if one choice is better than another. But I do feel that we were given a raw deal when it was announced that we could “have it all,” which for some has meant postponing motherhood and then dealing with the consequences. We have been told that you are basically never too old to bear a child. This is nonsense. Recent studies are even showing that the age of the father has an impact on the child, with certain disorders being more common when either parent is older. The truth is that our fertility starts to drop as young as age 28. Many women aren’t even close to starting their families at that age, yet their ability to bear a child is already at risk. We can argue whether older mothers have more experience, patience, financial stability, etc, and none of us would suggest that teenagers should procreate, but the fertility issues that such a delay causes is never talked about the way it should be. Simply from a Darwinian perspective (again not a commentary on the choices made), if your body is having trouble procreating, your body is probably telling you something. If we have a steep increase in disorders such as Down’s Syndrome when a woman reaches the age of 35, if I am seeing children in my practice with subtle learning problems, behavioral issues, and minor birth defects and they were born to older parents, maybe we need to think about listening to our bodies. But these are not the things that are advertised. No, rather there are hundreds of ads appealing to mothers longing to start a family, guilty over the fact that they started too late, conflicted as their biological clocks tick away, encouraging them to drop tens of thousands of dollars so they can strain their bodies with high-risk pregnancies because their lives will not be complete if they don’t. And I don’t blame these poor women. I blame the media, the medical profession, the celebrities who start families at 40. No one tells them that this is going to be hard. And when it is they are shocked and humiliated….humiliated because they think it’s easier for everyone else. I think it is significant that the cutoff age for donating eggs is somewhere around 30, yet we advertise that women can try to get pregnant at almost any age. Apparently when it comes to paying for eggs and intervening in nature there is a different standard, perhaps

because doctors know the

complications that come into play when we delay motherhood and try to conceive with “older” eggs.

I can get on my soap box and talk for hours about the problems with adoption these days. Of course, as women are postponing motherhood, adoption becomes an important option for them. Again, I am not deriding the families who are trying to give a better life to an orphan or unwanted child, often from a poor or politically unstable country. These parents should be admired for giving a home to a child who would otherwise have a terrible upbringing. I am talking about the lack of support these families get from the agencies set up to help them. Particularly in cases of international adoption, which is very popular today, there is less knowledge of the history and the issues. Genetically speaking, IQ and attention or learning

problems are very inheritable. Without having information about birth parents how does one know if there is a predisposition to something that needs to be

addressed early? Not to mention serious mental illness such as schizophrenia and bipolar disorder. Some of the children available for international adoption come with no history, or a fabricated history. Some are picked up off the street, little urchins straight out of Dickens walking around shoeless and hungry. Some were removed from mothers who were mentally ill or unable to care for them. How many of these women in poor, rural areas in foreign lands do you imagine have adequate prenatal care? Some barely have access to clean water and an adequate food supply. I think that those people who aspire to take in such children are of a caliber higher than I am, but my heart bleeds for them when they come to me for help because no one warned them of what they might have to deal with or where to go for help. Truth is, the most well-adjusted, healthy adopted child is still going to have some issues over being an adopted child, but where is the talk about this? I suppose that if there were full disclosure people would think twice before going to Somalia to adopt a starving preschooler who witnessed who-knows-what and comes with a huge set of baggage. The saddest part, though, is that if someone helped these parents find support immediately it would save a lot of grief, as some problems can be easily addressed or even prevented.

While our hats should be off to mothers of all generations as the second Sunday of May approaches, we should raise them a little higher still for mothers of today. Their roles are still very undefined, they feel so many feelings our mothers didn’t, they have so many more choices, and they are becoming mothers in ways never imagined 40 years ago. I’m sorry for the complications that society has thrown at you, but as I know that mothers are superhuman, I’m sure you’ll all figure it out. Don’t forget to put your feet up once in awhile in the process, though! Happy Mothers’ Day, ladies! 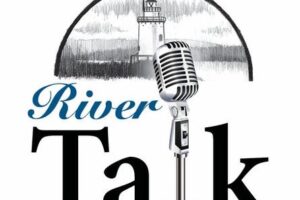