According to the National Alliance on Mental Illness, nearly 20 percent of adults in the United States experience mental illness in a given year and approximately four percent experience serious mental illness that is severe enough to substantially interfere with or limit one or more major life activities.  More than 21 percent of teens experience a severe mental disorder at some point in their lives.  For the approximately 20 million adults in the US who have a substance use disorder, about half have a co-occurring mental illness.  Of all these people suffering emotionally, only about 40 percent generally receive mental health services, with people of color using mental health services far less frequently than their white counterparts, and with the least likely to seek help being Asian Americans. Serious mental illness costs our country nearly 200 BILLION dollars in lost earnings per year.  In addition, those living with serious mental illness are at increased risk for chronic medical conditions as well.  More than 90% of the children who die by suicide have a mental health condition, and estimates are that about 20 veterans a day commit suicide.

Clearly mental illness is a serious problem that costs lost wages, death by suicide, life-spans shortened often due to treatable conditions, and loss of stable jobs, homes, and relationships.  In my practice I typically see what we call the “worried well,” as do many people who run a private practice, particularly if the provider doesn’t participate in programs like Medicare and Medicaid.  These are people who typically function well day to day at work and home, but have issues they’d like to work through, behaviors they’d like to improve, or who have a significant disorder that is under control, such as anxiety that is controlled by therapy and/or medication, or depression that is in remission.  But we also tend to, more than occasionally, work with those who have chronic mental illnesses such as intractable bipolar disorder with rapid cycling or that is resistant to medication, or see drug abuse that results in loss of job or home and the need for detox and rehab.  At times we witness the beginnings of a serious mental disorder in a young adult who had, until now, seemed “normal.”

Several years back I wrote a few articles for this publication about the Affordable Care Act, highlighting what the new laws would and would not do, and explaining the meaning of some of the rules and regulations.  The ACA has not been perfect—no overhaul of the healthcare industry could possibly be—but one thing it provided (which we already had in New York) was mental health parity.  Mental health parity, in a nutshell, means that your insurance company cannot make it harder for you to get psychiatric care than it does for you to get other types of medical care.  So, if your co-payment for a cardiologist is $25, then your co-payment for psychotherapy should be the same.  If there are no limits on how many times per year you can see said cardiologist, then your insurance company is required to place no limits on your psychotherapy sessions for the year.  If there is an out-of-pocket maximum or deductible on your insurance plan, medical and mental health benefits must be combined when figuring that number.

In the past, this was not always the case.  Imagine a person who has both medical and psychiatric illnesses for which he needs treatment.  Perhaps the psychiatric concerns are even related to some of the medical issues, for example, if the person has a chronic illness or has had some type of serious accident that has caused adjustment issues, anxiety, or a reactive depression.  If his deductible was $2000 for his medical coverage, it could also be an additional $2000 for mental health, before his benefits would kick in.  Many of my patients didn’t know that this was the case with their insurance, and believed that because they had already met their

deductibles due to medical illness, that their therapy with me would be covered at whatever level their plan provided.  Unfortunately, it was not unusual for such a person to then find out the hard way that he had yet to meet his required “mental health” deductible.  In addition, we often faced limits on treatment, such as no more than 20 sessions per calendar year being covered by insurance, or not being allowed more than one session per week, even in cases of serious illness.

By the time the ACA became a federal law, providing mental health parity, New York State had already instituted Timothy’s Law, signed into law in 2006 by Governor Pataki, which took effect January 1, 2007.  The law was named after a young boy who hanged himself in his bedroom closet just shy of his 13th birthday.  His parents had spent nearly five years seeking necessary services for him but hit snags repeatedly with their health insurance, mainly due to limits on mental health coverage.  Because families often cannot afford to continue seeking treatment without insurance coverage, or need to engage in less intensive treatment than would be necessary, such as not meeting as often as is needed, or not seeking inpatient or intensive outpatient support, there is a higher risk of suicides like Timothy’s due to lack of needed services.

The healthcare regulations are in the news again as our new federal administration is battling out how to dismantle the ACA to, presumably, save us all money.  There are certainly ways to improve the ACA (without the need to completely dismantle and repeal it), but mental health parity must remain.  Worldwide numbers regarding mental illness are similar to ours, but obviously country-by-country access to care, cost of care, and level of stigma regarding seeking mental health support vary and have an impact on a person’s quality of support and ultimate level of disability.

Many of my colleagues and I will offer lower fees for people without good insurance coverage who have to pay completely out of pocket, but we can’t do this all the time, as this can become an issue often.  For example, I saw a patient for several years with a chronic mental health condition: he simply wasn’t going to be “cured.”  In fact, as many of these illnesses run their course symptoms often get worse over time.  His insurance company decided, with whatever miniscule amounts of information they had at their disposal, that he had reached a “plateau” and since he wasn’t benefitting from our work, they would no longer pay for it.  Think of it this way: if you’re a diabetic, and despite medical intervention, your blood sugar levels aren’t consistently falling below 150, should your insurance stop paying for your insulin and your visits to your endocrinologist?  Of course not, that would be absurd.  After all, without those interventions your blood sugar would soar causing serious complications and premature death.  So why do we not use the same viewfinder when looking at mental health?  Without any treatment at all, such a psychiatric patient is likely to end up hospitalized (more expensive as well as disruptive to the person’s life), probably without the skills to complete schooling or hold a job, have relationships with others, or take care of his general health.  There is often no understanding, nor desire to understand, how mental health support might be as important as insulin or Lipitor is in supporting a chronic physical illness.  Besides, many psychiatric problems have a physical/chemical basis where medical interventions such as antidepressant or antipsychotic medications are required to keep the person stable enough to even hope to participate in psychotherapy.

In our area of the world, being in psychotherapy is not typically a cause for embarrassment, as it might be in other cultures or even other parts of the United States.  The stereotype of the New Yorker seeking comfort, enlightenment, and improvement on a therapist’s couch, sometimes epitomized in the anxiety of Woody Allen movies, causes us to see therapy as something useful and not to be ashamed of.  I find this particularly true among my adolescent patients, who probably get a kick out of having an adult’s undivided attention for 45 minutes, and who see the value in the empathy, understanding, and guidance afforded by the relationship.  I’ve sometimes had friends both coming to see me, unbeknownst to any of us, until a random comment causes one teen to realize that she and her friend have the same therapist.  “Oh my GOD!!!???!?!  You see Dr. K. TOOOO????!!!!!” and I find out later that they may even talk about their sessions casually amongst themselves.  This attitude is not echoed everywhere.  Some people may feel ashamed of their need for mental health services, due to the belief that this indicates some type of “weakness.”  Soldiers, police officers, and the like have discussed the mixed messages they get about the need to ask for help when necessary, but then the certain consequences if they are seen as “unstable,” “depressed,” “unable to cope with difficulties,” or “traumatized.”  Because of some of these anxieties the people who need it most often don’t ask for help and therefore collapse under the pressures they feel, as when dozens of veterans kill themselves each day.

In other parts of the country, there are other attitudes as well that cause stigma and grief, particularly among teenagers.  Only a few states have banned “conversion therapy” with minors, which is intended to “change” a teen, who may identify as gay, bisexual, or questioning, into a 100% heterosexual person.  This type of work has been debunked as not only having no value, but being detrimental to the health and well-being of those subjected to it.  Thankfully, I have only had one parent ever bring in a child who was questioning his sexuality and ask me to do something about it.  Needless to say, they quickly sought help elsewhere.  These types of societal attitudes can place LGBTQ kids, already at risk for psychological issues, in a situation where they feel ostracized, vilified, and are often enough even thrown from their homes and disowned – a huge percentage of homeless teens are LGBTQ kids who have been shunned by their families.

As with so many things in the world today, there are no easy answers for complex problems.  What is clear is this: over the past few decades we have come to a better understanding of mental illness, both within my profession as well as in the general population.  Shame and stigma are not as severe as in the past, help is more accessible, and through healthcare and insurance regulations, psychological services are generally more affordable for people.  As we look towards the future and try to improve upon what we have, features such as mental health parity and bans on dangerous and useless therapies must remain in place regardless of some of the other details.   Here’s hoping that we can make that happen. 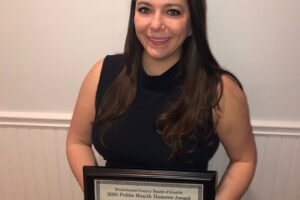