Bullying can be defined as intentional hurtful acts repeatedly committed by one child against another.  It can include physical bullying such as kicking and hitting, verbal bullying such as name calling, and relationship bullying such as excluding another child from an activity or blackmailing.  Bullying can only happen when there is an imbalance in the power between the victim and the bully, whether real or perceived, as even the perceived imbalance of power by definition gives power to the bully, since the victim feels unable or unqualified to fight back.   Bullying has become more and more of a problem among youngsters as the Internet and various other technologies have made it easier to bully from a safe distance or with anonymity.

My friend and colleague, Dr. Joel Haber, who calls himself “The Bully Coach” and has written and spoken extensively on this topic, talks about why bullying happens and how to minimize or stop it from happening. Those interested should check out his website or his book Bullyproof Your Child for Life.  He describes the 85/15 rule in classrooms—that 15% of the children cause 85% of the problems, particularly when it comes to bullying, as most children do not bully each other, and only about 10-15% can be described as “bullies.”  Normal playground skirmishes usually don’t qualify as bullying, and all children have their turn at being teased for something or other until the attention is turned towards the next kid who has done something to warrant teasing.  Those who can be called bullies use power and aggression to get their way.  They are often smart, popular, and have good social skills, or else others would not join in with the bullying, and the victims would not feel they have to take it.  Let us not forget that in the adult world, those who take advantage of others, whether by violence, such as serial killers, or by scheming you out of your hard-earned savings, tend to be smart, charming, and able to smooth-talk their way into people’s lives and wallets.

While bullies are the kids who are the more confident in the class, believing they deserve to get their way no matter what that means, the victims tend to show some vulnerability.  There is a lot of truth to the advice our parents gave us to “walk away,” “don’t let them see it bothers you,” or my own father’s advice, “never let them see they got you down, Kid.”  Victims are often kids who are just like the average, typical kid in the class, but they lack the skills and knowledge of how to defend themselves, and they tend to give a huge reaction to the bully, which reinforces the bullying behavior.  They often need help from adults to stand up to the bullies, and this makes them seem more like easy targets.  Again, only about 10-15% of children fall into this category.  Most kids can take the normal schoolyard ribbing with a grain of salt and navigate the playground politics relatively well.
Think about the kids who are picked on.  They are not always those who are smaller, have disabilities, are “different,” come from poor backgrounds, etc.  Often we see kids who beat the odds, and despite having some Achilles heel that a bully could target, they are spared the teasing and bullying that a more “typical” child may get.  The victim is often teased and tormented for something minor, such as being slightly larger or smaller than average, or having a small birthmark, an unusual name, or anything else that seems like a trivial matter, but their inability to stand up for themselves and their low self-esteem are the chink in the armor the bully needs.  A slightly large nose may mean nothing to a child who feels confident about his other assets, skills, and accomplishments, but to a child with low self-esteem, the bully’s focus on that particular trait causes a reaction that leads to more victimization once the bully sees he’s hit his mark.  So, one way to help “bullyproof” your child is to focus on her positive attributes and downplay her minor flaws or weaknesses so that she is not self-conscious about them.

As I said, there are different types of bullying.  We often think of the bigger kid assaulting the younger kid for his lunch money, electronic gadget, toy, etc., but that is not all.  In fact, it is the more subtle bullying that can often cause the most damage and seems the most difficult to eradicate.  Girls, in particular, are quite adept at relational bullying, where they leave another child out of a group or activity, walk away when she approaches, or tells secrets to the rest of the group in order to embarrass the other child.  With the Internet we have had new problems: the “I hate Mary Smith” Facebook page or group, posting status updates that say nasty things about a peer, or posting pictures of a party or event that one child was excluded from just to rub it in her face.

What can you do if you think your child is being bullied?  Listen to your child’s feelings in a non-judgmental way, get information about the incidents, and don’t blame your child.  Help your child come up with a plan.  Think of snappy answers to have on hand when the bully does or says something mean, enlist a friend to help, or if the child is very young, get the school more involved.  Make sure your child has someone to eat lunch with and play with at recess.  Help your child build self-esteem by encouraging participation in activities that he or she enjoys and is good at.  Reinforce the idea that a big reaction to the bully causes more bullying and help your child learn to hold his chin high at least until he is in a safe place to react emotionally.  If your child is the one bullying others, find out the specifics, help your child take responsibility for unacceptable behavior, help him to see what is wrong with such behavior, and try to brainstorm alternatives.  Ask your child to put herself in the victim’s shoes, and let her know that this behavior will not be accepted or condoned.

As far as Internet bullying, some of the things children engage in can actually be illegal.  In the older grades, such as high school, kids have been known to take risqué pictures or give out too much information, which has then been spread through the Internet by kids who were angry at them, bullying them, or didn’t like them.  Spreading such information can be classified as trafficking pornography, and there have been a few cases of children getting in trouble for sending such information through the pipeline in order to embarrass another child.  Threatening behaviors, such as a “let’s kill so and so” website or an “I hope so and so dies” email can also be considered illegal.  The technology and material involved raises the stakes from playground bullying that can be dealt with among the parties involved to something that requires school or police involvement.  If you think your child is being bullied on the Internet, monitor his use, limit it to only friends, talk to your child about making sure he gives out his passwords to NO ONE, and shut down his social media sites and instant messaging if necessary until things cool off among the peer group.  If you think your child is bullying on the Internet, shut it down until your child is ready to use this technology in a more mature way.

Learning to take a little teasing or to stand up for oneself are necessary lessons in life, as the harsh reality is that not everyone will be nice to us in the world and we will have to learn to let it roll off our backs.  But repetitive bullying is not to be tolerated, and if your child is either the victim or the perpetrator you can help to minimize the damage by addressing the issue early and being an advocate for all the children involved. 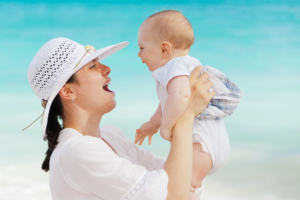 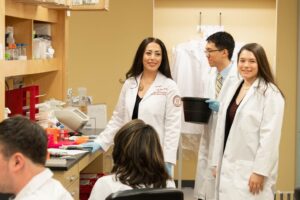