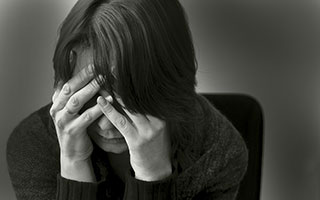 The Webber Park neighborhood recently experienced the sudden deaths of two women, one by apparent domestic violence (her husband has reportedly been charged with her murder, but many other details remain closed). Neighbors are wondering how something like this could happen, how such violent tendencies could be lurking right under their noses, and what, if anything, could have been done to prevent two little girls from losing their mother.

It sounds very similar to the questions that were asked after the Newton, CT shooting, and that have been asked countless times after catastrophic events bring small towns to national consciousness: Columbine, Aurora, Killeen, Blacksburg, and others.

It has been made pretty clear that the mother of the Newtown shooter was working towards having him committed to a facility, yet she kept several guns in the house, so I would like to think her carelessness was a bigger problem than a lack of mental health care, but I can’t simplify the situation that much. The truth is that the system has failed our society, and that has been seen in Tucson, Newtown, and even in Sleepy Hollow, where a well-educated, presumably bright woman was strangled to death in her home rather than finding help and support prior to this tragedy.

I can go fill this paper with reports of mentally ill individuals who are sent away from hospitals because they have the “right” to turn down treatment if they are not seen as a threat to themselves or someone else. From my own practice I can describe patients who needed tremendous support and it wasn’t until they had completely decompensated that they got help. Or maybe worse, got in trouble with the law. The amount of mentally ill who are in prisons rather than hospitals is staggering. I will, however, recount a case from the new book Far From the Tree. The author, Andrew Solomon, refers to a case of a mentally ill man who was picked up by the police on a minor charge. While in custody he ate feces from the toilet, but the judge, deeming it impossible to kill oneself by eating human waste, released him on his own recognizance, only to have him, of course, decompensate further. Clearly our fantasy of helping people before something terrible happens is just that. Patients’ rights have grown to the point where you can refuse helpful medication and eat waste, and innocent victims’ rights are secondary.

Because so many people in the past would look the other way, laws were changed to make certain professionals mandated reporters. Teachers, doctors, therapists, and the like must report suspected cases of child abuse or risk losing their licenses or worse. But there is not the same mandated reporting for adults. I have what is called a “duty to warn” meaning if someone tells me he is going to go home and hurt himself or someone else, I have to intervene and protect everyone’s safety, even if that means violating confidentiality. But how many people do you think come to a therapist’s office and report that they are planning to commit a crime? Not many.

In a household where a marital argument leads to a dead woman, there had to be signs. But neighbors probably thought it was not their business. Co-workers may have heard unusual conversations or arguments during phone calls, but felt they shouldn’t butt in. Teachers may have heard stories, but determined that as long as the children seemed safe it was OK. But it’s not OK. In fact, in many states harsher penalties may be handed down when domestic violence occurs with child witnesses, and some states require the abuser to pay for any therapy the children may need after having witnessed domestic violence, because we understand that children can be harmed by witnessing abuse, not just by being hit themselves.

There are often signs, that, in retrospect we ignored or were too busy to fully comprehend, both for abuse as well as for serious mental illness. The mainstream media does little to help, as portrayals of abusers and victims are often cartoonish, and too often show the victim rising up to get revenge by the end of the second act. This simply does not happen. I once testified in court that I did not believe allegations of abuse based on my observation that the supposed victim was confrontational towards the supposed abuser, even throwing a punch in my office. Nearly invariably victims are meek, quiet, and fearful. Their posture indicates that they are skittish and shy. They are too terrified of their abusers to get in their faces or throw punches. Their self-esteem has often been chipped away a little at a time to the point where they truly believe that they can’t live without the abuser, who has also probably isolated the victim so that she truly does feel she has nowhere to go. The victim sees nothing wrong with the abuser reading her mail, controlling whom she talks to and where she goes, and rationalizes why she must be hit for doing something wrong. The abuser is controlling in general, and either distant and “strange” in public or confrontational, even with strangers. Similarly, there are frequently warnings about those who have gone on rampage killings after what appears to be some type of disordered thinking—in Newtown, perhaps because Adam Lanza was losing control and became angry that his mother was trying to commit him; in 1981, John Hinkley believed killing the president would impress Jody Foster; and in 1977, David Berkowitz went on a serial killing spree because he believed a neighbor’s dog wanted him to. Jared Loughner, the killer in Tucson who shot Rep. Gabrielle Giffords, scared his classmates so much with his bizarre behavior that they reported him, some refused to go to class, and he was given a medical leave. He still got access to firearms and killed several people, including a child.

Since the September 11th attacks, we have been told “if you see something, say something.” I am not sure how many people are reporting grocery bags left behind on subways, but it’s a good idea to get involved. Whether it is apathy, lack of time, or fear of what the reaction might be, we certainly don’t put ourselves out there for our neighbors very much. If we do, we may be seen as a busybody who can’t mind our own business. We may even cause a confrontation, which can be scary. Imagine you are afraid that your neighbor is being abused by his or her spouse, child, or other family member—do you want to make that accusation not knowing if the abuser would turn the wrath on you? I have my license to hide behind; I can say, “I’m sorry I had to call CPS, but that’s the law.” This does not mean that I am not in danger for doing so, or that my relationship with a patient may be over because of the trouble I have presumably made, but it makes my decision clear. The rest of us tend to look the other way, perhaps feeling powerless, not knowing what to do or what help might be available. We may assume that the person would be getting help if he wanted it, so clearly it must be under control. That may or may not be the case, as help is not easy to come by.

We cannot change such pervasive issues overnight, nor can we do this alone. I have a lot of thoughts, but few, if any answers. What I can say is this: as we are writing to our legislators for reasonable gun control—and we absolutely should be—we should also be asking them to support more mental health services which would provide more programs for people, so that it’s not an emergency room, a prison, or nothing. I sit on a county board, and have seen some pilot programs that have cut cost and kept people out of jails and homeless shelters because of better primary mental health care. We should be supporting education for our police and other first responders. Again, a pilot program that has been completed in White Plains, among other US cities, has helped more people get support and stay out of jail because the police were better trained to deal with mental illness rather than seeing everything as criminal behavior. We should protect those who report suspicions, and must ensure the safety of any victim who chooses to flee. We should protect patients’ rights, but not if it is clear that no “typical” person would see their behavior as normal; eating waste, making paranoid, bizarre statements, and scaring your classmates should not be protected behavior. Those people should not be punished, but should be mandated into treatment. A couple of years ago a man filled a bag with kitchen knives and killed a psychiatrist on the Upper East Side. After this happened his family came forward and said that they had fought the system for years trying to get him forced into treatment, begging for him not to be released on his own. This should not happen. It is not the responsibility of the parent or brother to control a psychotic individual. We see nothing wrong with putting a grandmother with dementia in a home because we understand that the erratic behavior can become dangerous (going out in the middle of the night, for example). Why do we expect that same family to house someone with severe mental illness?

There are no easy answers, but that may be because no one is asking the right questions. And those questions may simply be, “Are you OK? Do you need help?”

Teenage Anxiety in the Era of Covid