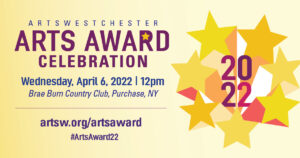 Every year, leaders from Westchester’s arts and business community gather to applaud the stellar accomplishments of ArtsWestchester’s Arts Award honorees. This year’s winners include two prominent Peekskill cultural institutions, featured on this page. 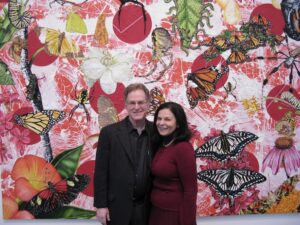 Livia and Marc Straus have an enduring love of art and an insatiable curiosity about what is on the minds of artists. This passion has led them to a lifetime of supporting the arts. The dynamic couple, who have excelled in their respective careers, are the quintessential arts patrons. As avid collectors, their love and knowledge of contemporary art came to fruition in 2004, when they founded Hudson Valley MOCA (Museum of Contemporary Art) in Peekskill (formerly Hudson Valley Center for Contemporary Art).

Livia’s in-depth study of Judaic history, theology and education led her to positions at the Hebrew Union College Museum and the Contemporary Acquisition Committee at the Jewish Museum in Manhattan. She also served on the Advisory Board for the Cincinnati Museum of Contemporary Art and as Curatorial Advisor for Riyadh Metro, Saudi Arabia.

Dr. Marc Straus, a well-respected oncologist, was President of the Board and Head of the Exhibition Committee of The Aldrich Museum of Contemporary Art in Ridgefield (Conn.).

Not surprisingly, the museum garnered numerous grants during this time, as well as an international reputation for its groundbreaking educational programs and prescient exhibitions of emerging artists.

Both Livia and Marc have taken their museum experiences to the highest level at Hudson Valley MOCA, providing Westchester County and its surrounding area with one of its cultural treasures. 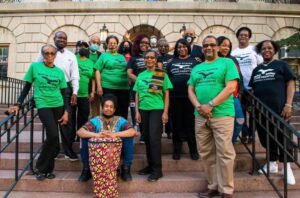 After almost 200 years, the celebration of Juneteenth is now a national holiday embedded in our culture.  Thanks to six local groups in Peekskill and elsewhere in Westchester, this important day of freedom for Black people is celebrated with parades, barbeques and other festivities, but not without serious reflection on the history of Juneteenth.

In June of 1865, two and a half years after the Emancipation Proclamation, a Union General led his troops into Galveston, Texas with news that the war had ended, and the enslaved were free.  Despite jubilation among former slaves, there were many hardships ahead as the newly freed men and women migrated north and throughout the United States.

Today, Juneteenth is officially celebrated on June 19 – a day to reflect on the resilience of a people who are part of the fabric of this country, and who have created strong communities wherever they settled.  Residents all over Westchester are enriched and united by the celebration of freedom on Juneteenth as each community shares its unique traditions for the holiday.