It will be a huge loss to the community when Peekskill resident and award-winning photographer Ocean Morisset moves to Costa Rica in early 2022. Morisset, who has lived in Peekskill since 2014, has prolifically chronicled the city through thousands of photographs, which he shares on his website, across social media, and in exhibitions of his work that have been on display in local galleries.

In addition to his photographs of Peekskill, Morisset has large bodies of work that range from portraits of Metro-North train conductors and African American fathers with their children to images of his parents’ birthplace of Haiti after Hurricane Jeanne and documentation of his fight against Stage IV Hodgkin’s Lymphoma (now in remission}.

His work has been exhibited internationally and he has also had his images of black male nudes featured in two books, Nude Photography and The Art and Craft and Black No. 5.

A native of Crown Heights, Brooklyn, Morisset became seriously interested in photography when he was given a Canon AE-1 film camera in 2001 at the age of 28. He calls himself a “humanitarian with a camera,” and has concentrated on photojournalism and documentary photography over the past 20 years. “I realized very early on that my main focus would be on the human condition and that continues to be the thread that connects all of my work,” says Morisset.

Speaking about his decision to move to Peekskill with his life partner Kahlil Koromantee, Morisset says, “We wanted a location that was on the Metro-North line along the Hudson River. We didn’t know much about Peekskill at all, except that that there were homes that we could afford to buy, and that there was an artist community here.” He says that they quickly realized the community was a great fit and was perfectly aligned to how they wanted to live.

One of the first things Morisset did was to reach out Maureen Winzig, President of Peekskill Arts Alliance at the time. “She welcomed me with open arms and showed me so much love immediately,” he says.

It’s fitting that Winzig was the curator of his last exhibition before leaving town. Held this past December at Peekskill’s Artist Spot Gallery, Morisset’s Farewell Exhibit and Sale featured more than 100 of his works, 85 percent of which were sold during the opening day party on Dec. 12. Adding to the party’s festivities was music provided by DJ Noo (aka outgoing Peekskill Mayor Andre Rainey), who has become a close friend of Morisset.

Morisset has been sharing his photographs of Peekskill on social media since the moment he moved into town. He says he now has the largest collection of photographs taken of Peekskill from 2014 to 2021.

“To me that represents a slice of history and a documentation of a community in transition. At times it was volatile because of the politics and social justice issues, which were coming to the surface for not only Peekskill but the world,” he says.

“This was a critical time and I’m happy not only to have lived in such a great community, but also to have been an active participant by going to the parades, protests, and meetings. In addition, I was happy to be able to capture the everyday beauty of Peekskill.”

Still on view in the windows of the former New York State Workers Compensation Board offices in the city’s downtown is Morisset’s exhibit that features 26 photos — each several feet in size — of people who joined Black Lives Matter/social justice rallies held in Peekskill in 2020 to protest the death of George Floyd.

While Morisset finds it hard to leave behind Peekskill and its people, he and his partner decided to move to Costa Rica because they were not happy with what was happening in the United States.

“We also wanted to change the channel and encounter new experiences,” he says. “I’m very interested in seeing where my work goes and the kinds of themes that arise.” Already on the lookout for new photography projects, Morisset has discovered a surfing community of Black children in the town of Puerto Viejo, where they will be living.

Morisset plans on returning to New York City to visit his family, and also hopes to see his friends and the people who’ve shown him such overwhelming support during the time he’s lived in Peekskill.

As for the future of the city, Morisset says, “Peekskill is a place that’s growing, finding its way, and forging its identity as a 21st-century city. There’s still a long way to go to get there, but there are all these efforts being made and grassroots organization taking place right here in the community.To me, Peekskill is like the jewel of Westchester County.”

All photos by Ocean Morisset. 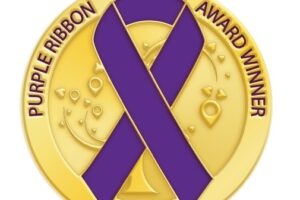