Clearwater proudly welcomes a new sloop Captain, one that the Clearwater community may recognize: Rory Kane. Kane got his start with Clearwater first as a winter volunteer in 2012, and in the decade that followed, Kane served in nearly every position on the sloop Clearwater. Born and raised in New Haven, Connecticut, Kane has vast experience on Tall Ships on the East and West Coasts, where he flourished under the mentorship of industry leaders, earning his Captain’s License in 2019.

On assuming the role, Kane says, “There are a lot of organizations that do something similar to us, but no other organization has the history that we do. The uniqueness of this sloop, crew, and program create a great experience for the participants and volunteers. I’m excited to help get us back to doing what we do best: sailing and educating!” Kane previously served on the Diversity, Equity and Inclusion committee as the Subcommittee Chair for Accountability for Tall Ships America and is passionate about making the river accessible for everyone.

Kane is the latest in a long, proud legacy of Clearwater captains that extends back to Allan J. Aunapu, Clearwater’s very first captain, over 50 years ago. “Being a Clearwater Captain is so much more than just piloting the boat,” states former Captain Bestsy Garthwaite. “The Captain, to a large extent, personifies the organization and its decades-long presence on the Hudson River.”

Kane names long-time Clearwater Captain, Nick Rogers, and former Captains Aleythea Dolstad, Annika Savio, and JC Parker as important influences in his development as a professional mariner. Former Captain and Board member Sam Hicks affirms, “Clearwater is a unique vessel with a community that aims to support and nurture its staff and participants, and in so doing, we cultivate our own future leaders like Captain Rory Kane.” 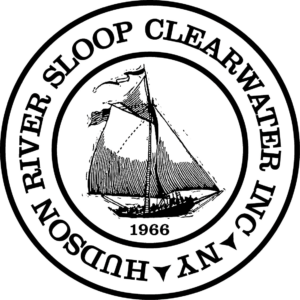 Executive Director David Toman states, “I’m excited to embark on this new Sailing Season with Rory at the helm of the Sloop Clearwater. I can’t wait to see how Rory will bring his own passion for education, activism, and the environment to this role while continuing to honor the legacy associated with being a Clearwater Captain.”

Public Sailing tickets are available now, and Clearwater is accepting inquiries for private charters and Sailing Classroom programs for Summer and Fall 2022 at https://bit.ly/3rQ8C05.