The Clearwater Festival (AKA The Great Hudson River Revival), which has been held annually in support of the Clearwater organization’s mission, is undergoing a re-envisioning process to create an event that the organization can confidently sustain into the future.

With the scope of its typical programming and accompanying cash flow severely reduced by the pandemic, Clearwater did not have the upfront cash necessary to begin planning and production for a 2022 Clearwater Festival. Under the circumstances, the organization would not be able to build enough reserves by June 2022 to be able to weather a festival event that didn’t meet financial expectations due to inclement weather, continued Covid related health concerns, or other risks. As a result, the board voted not to pursue a Clearwater Festival in 2022.

In December 2021 the board adopted a strategic plan, which recognizes that music is an important and integral part of the Clearwater community, its heritage, and programming. The plan calls for establishing a committee to design a sustainable Clearwater Festival with a proposal for a 2023 Festival to be submitted to the board by spring 2022. An effort is underway now to make that happen.

The Clearwater Festival began in the 1960s as a small “folk picnic ” organized by founders Pete and Toshi Seeger and friends to raise funds for the building of the sloop Clearwater. The Clearwater Festival has since grown to be one of the country’s oldest and largest annual music and environmental festivals; award-winning for it’s Zero Waste program, which has been modeled at many festivals around the country. 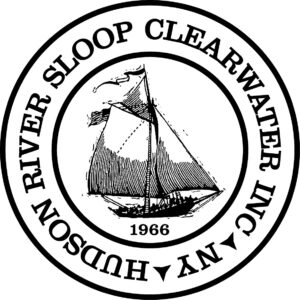 The Clearwater Festival has traditionally been held on Father’s Day weekend at Croton Point Park in Croton-on-Hudson. Over the years, the Festival has been largely staffed by a dedicated team of Clearwater volunteers, and has become the organization’s central outreach event, bringing together community, celebration, activism and education for the protection of the Hudson River.

The Clearwater Festival was held virtually in 2020 and 2021. There are no plans to hold another virtual Clearwater Festival in 2022 as the demand for in-person events increases and online event participation has significantly decreased since the beginning of the pandemic.