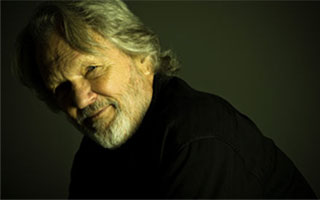 Founded by Pete Seeger and celebrating its 35th anniversary this year, the event embraces the changing, increasingly hip, locavore, and eclectic spirit of the Hudson Valley. Old-school R&B (Sharon Jones and the Dap-Kings) and new scions of gritty Americana Son Volt and Drive By Truckers (now gone solo) Patterson Hood and Jason Isbell will play side-by-side with country music icon Kris Kristofferson, gospel soul legendMavis Staples, an unplugged Hot Tuna, and veteran legacy artists like Judy Collins and David Bromberg. New voices, including the Virginia mountain-top chamber pop of The Last Bison and the harmony-rich Brooklyn country of The Lone Bellow, will ring out alongside Seeger himself. Seeger will be performing with long-time collaborator Lorre Wyatt in a special festival appearance, one of several strong collaborations at this year’s festival: Hot Tuna & Steve Kimock and Keller Williams & The Travelin’ McCourys. 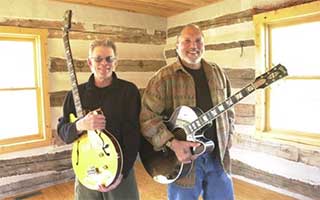 The festival’s other guiding light is changing the way people relate to the river, and to the environment and community in general. Along with prominent names on stages, the festival has an artisanal food and farm market, juried crafts fair, roving performers, traditional storytellers, an activist area, and a chance to ride on river craft like those that have traversed the Hudson for centuries. All in one two-day, zero-waste, bio diesel- and solar-powered festival in lush Croton Point Park, to support the mission of Hudson River Sloop Clearwater, Inc, one of the nation’s preeminent environmental organizations and a key mover in promoting policies to restore the Hudson to its former, teeming glory.

A festival may seem all about the summer sounds and good times, but, as festival founder and musical activist Pete Seeger himself long understood, art and its savoring can move people and work a much more profound transformation than any awareness campaign or mere sloganeering. “Singing together,” Seeger told NPR’s Scott Simon in a 2005 interview, “you suddenly find out that there are things you can learn from each other you can’t learn from arguments, that you might not learn any other way.” The same can be said for eating, listening, dancing, and sailing together.

“Not even Rip Van Winkle could sleep through the cultural clarion of today’s Hudson Valley. The legendary snoozer in Washington Irving’s tale might descend from his Catskill Mountains hollow to find some of the country’s best folk musicians at the Clearwater Festival in Croton-on-Hudson. Founded by now 93-year-old Pete Seeger, the festival marks its 35th anniversary in 2013.”—National Geographic Traveler, “Best Trips 2013”

“Music, politics, culture—they’re all tangled up! Hooray for tangling!” Seeger exclaimed in an interview with Democracy Now’s Amy Goodman.

Happily letting the tangle stand and inspire, the nonagenarian artist and folk legend laid the first foundation for what has become the Hudson Valley’s biggest musical celebration and community-organizing focal point when, more than forty years ago, he looked at his beloved, once vital river and saw with dismay it had become a heavily polluted, half-dead sewer.

Unwilling to let such a scenic, culturally important waterway decline further, Seeger and like-minded friends got together and raised enough money to build an old-fashioned sloop, the boats that long plied the Hudson’s water for centuries. Unable to find an old ship to restore, they found a Maine shipbuilder who created the sloop Clearwater and began changing the face of the river. They hoped the vessel would help bring locals back to their riverfronts, and help them see what had happened to their Hudson. Today the Clearwater sails at the forefront of environmental education, a floating classroom for youth and adults.

The festival evolved from the sloop and its travels. What started as a boat journey with musical stops along the way, complete with strawberry shortcake, eventually settled into a full-blown, stationary outdoor music and environmental festival. Over three and a half decades, it grew to embrace a unique balance of community spirit and hope—many local organizations do their briskest organizing and outreach during the two-day event—and top-quality performers from the best of the folk revival to edgier yet still crowd-friendly newcomers. “The most important thing is the artists’ artistic value,” says Lurie.

Yet the festival’s expansion did not smother its relaxed, open atmosphere, where a festivalgoer can join a community sing or see the river from a whole new perspective from sloop deck. Families are particularly welcome, thanks to the free admission policy for kids under 12. There’s a family stage, face painting and juggling, a hands-on musical petting zoo, and workshops to help young musicians build their own instruments from recycled materials.

The “tangle” of art, political thought, celebration, and cultural community Seeger praised makes for highly creative experiences that engage all the senses yet convey a vital message. An example from last year’s festival: At the entrance to the activism area, visitors were greeted with a wreath of olive branches from the Middle East, encased in a giant, gradually melting block of ice, suspended over a pool and symbolizing the inevitability of peace. “It moved people,” recalls long-time volunteer Roy Volpe, “and it said so much.”

What unites festival participants, from farmers to volunteers to headliners, is a shared ethos. “We’re all working on the same cause and issues, and it never feels like it’s just a festival,” reflects Volpe. “I’ve never crossed paths with volunteers at other events who’ve had this same experience. It’s a very special relationship.” 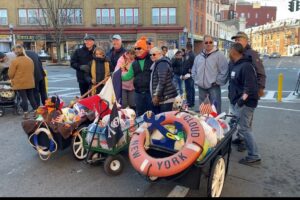