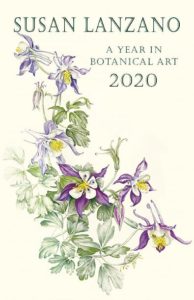 Susan Lanzano, an editor turned botanical artist, believes strongly that a person can have sequential meaningful careers. Her own trajectory is proof of that, as she did not begin painting the breathtaking botanical art that now fills her life until she was in her 50s. The meticulous work ethic that made her a successful editor now results in half a pad of sketch paper devoted to the curves and veins of a single leaf.

Lanzano has always had a fascination for the natural world. After living in Briarcliff Manor for over 40 years, Lanzano and her husband moved to Cortlandt Manor where they, along with their son, are building their own home from one of the barns on the property. The dwelling is surrounded by woods, adjacent to the Blue Mountain Preserve, nestled into expansive gardens that she and her husband have designed among the rocky outcroppings.

Having a special affinity for the Asian artistic sensibility, she began her studies of art with Chinese brush painting and later studied botanical painting. “The goal of my work is to achieve dynamic compositions that convey the life and movement of my subjects,” Lanzano explains. 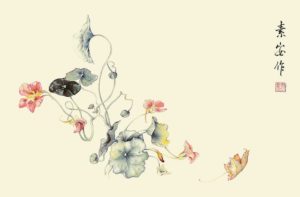 Her paintings have been exhibited all over the tristate area, including the Hammond Museum, numerous local libraries, and most recently in an exhibition titled “East and West in Botanical Art” at the Hendrick Hudson Free Library. Lanzano frequently exhibits locally with the Ossining Arts Council, and she also meets once a month with the Asian Brush Artists Guild, which she describes as “a very important part of my artistic life.” Through the Ossining Arts Council, Lanzano met Mark Sarazen of Ossining’s Sarazen Editions. Now they collaborate to produce giclee prints that are faithful in color and detail to the artist’s originals.

In 2012, Lanzano began producing a botanical calendar featuring her sumptuous flower paintings. This move has turned her into a combination of content producer, publisher, and marketer. She has a color-coded spreadsheet detailing the works used in years past and those she plans to use in the future. The annual project has also added a new element to her art: when she is contemplating a new piece, she thinks, “What composition would suit July? What colors would balance the whole project?” Her 2020 calendar is being sold nationwide, but Westchester residents only have to visit Feed the Birds! in Croton-on-Hudson, Images Gallery in Briarcliff Manor, or other local vendors to pick one up.

Even living in a climate where nature goes dormant for part of the year, Lanzano is always on the alert, seeking beauty in the natural world. When pressed about living somewhere with such a harsh cold season, Lanzano is unfazed: “I have hundreds of photos of my travels, and I always keep bouquets of flowers in the house.” She also keeps files, with titles like, “Downward-facing Anastasia Lily” or “Herbaceous peony possible composition,” and she says she has more inspiration than she could possibly paint in a lifetime.

When she began painting, her son warned her, “Just don’t make tissue box art, Mom.” This advice paired well with Lanzano’s natural inclination to create works with depth and excitement. She is a

critical thinker and paints with an eye towards complexity. While working on “Nasturtiums in the Fall,” a Chinese ink-and-watercolor chronicle of the life cycle of a plant, Lanzano was not satisfied with the directionality of her composition. Luckily, the Rockefeller Nature Preserve was just down the road, and she found the missing sense of upward movement in the image of a single fallen leaf. As Lanzano says, “There is life all around us all the time.”

All images credited to Susan Lanzano.

Information regarding the sale of notecards, calendars, originals, and prints is available at susanlanzano.com. 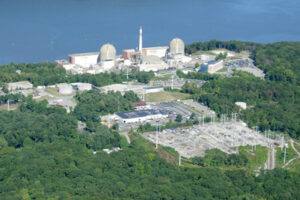