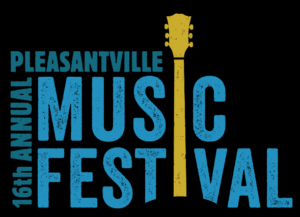 Festival Executive Director, Bruce Figler says that the decision was made after lengthy deliberations. “We have always considered our Festival a safe, welcoming, carefree, and family-friendly environment
but in the current age of social distancing, there is no way of knowing when it would be safe for the community to gather safely.” In terms of merely postponing the event instead, Figler added, “Even after we get an ‘all-clear’, whenever that might be, I still think it will be quite a while before people feel comfortable assembling in large festival-sized groups like ours that number in the thousands.”

For those who purchased advance Festival tickets on-line through TicketWeb, ticket costs and fees will be automatically refunded to the purchaser’s credit card accounts within two weeks. No other action will be necessary. For those who purchased tickets directly from the Festival Box Office at the Pleasantville Recreation Center, refund instructions are available at the Festival’s website; www.PleasantvilleMusicFestival.com.

In terms of the future, Figler remains optimistic stating, “We fully expect the Pleasantville Music Festival to return in 2021. In the meantime, should circumstances allow, we’re keeping an open mind towards having some sort of alternate, smaller-scale event later this year.”

Tips For Shipping Art To A Museum