We are living in unprecedented times. In the throes of a global pandemic we are also facing political turmoil, with an attack on the Capitol and a president impeached twice in one term. I have noticed that as we approach the one-year mark for the pandemic my patients are showing more distress. Rather than getting used to the new normal, they are sick of it. Zoom fatigue is a thing, after all. I can’t find enough psychiatrists to prescribe medication for my patients who can’t sleep, are having panic attacks, feel a general sense of malaise and anxiety, or whose previous symptoms have returned with this prolonged stress. It’s a lot of difficult feelings in my little office.

For awhile I have been saying that I’m excited about this generation of teenagers as far as their activism, open mindedness, social awareness, and intelligence. While there is the normal adolescent egocentrism and developmental stupidity that leads us in middle age to shake our heads, they also have a better than average ability to look past their noses to the world at large and be sensitive to other people’s experiences. At least in our affluent and liberal suburbs they appear to see race and gender through a different lens than many of us did at their age and allow each other room to expand their horizons and experiment with their identities. They grew up with technology and socialize differently than we did. Because of this, the teens I see seem to be adapting better to the pandemic than their parents.

Most of us are used to working in person, in an office, commuting away from home daily. We see our friends in person, though often using social media to supplement our in-person time. Even those who worked from home a day a week or so before the pandemic spent most of their productive time at an office. Now, millions of Americans are working exclusively from home with little contact with the outside world. I hear complaints every day about how difficult it has become to continue working this way and how inefficient it can be. While my teens would like to get back to normal (proms, graduations, hanging out in big groups, etc.), so many were already used to socializing virtually that they have fallen in step with the restrictions, as many already had online friends from other places due to gaming and social media. Whereas I got together with my friends after school to get into teenage mischief, many of today’s teens engage their friends in group texts where they share thoughts, gossip, drama, videos, pictures, and the like. The pandemic hasn’t taken that away.

Still, we are all missing out on a large chunk of life right now. By the time things are back to normal it will be at least 18 months since the first of the shutdowns. At all developmental stages children are missing nearly two years of socialization, playground politics, and experiences. Adolescence, in particular is an important developmental stage. It is when we forge some sense of our adult identity and experiment with who we are in the larger world. We do things we shouldn’t, learn from our mistakes and the punishments they require, and we “practice” for future relationships by dating, hooking up, making best friends, ending friendships, working through problems, etc. We learn teamwork on the courts and fields, in club rooms and on committees. All of that has been erased. While most parents don’t want their teens hooking up, experimenting with alcohol, or breaking curfew, these behaviors are inevitable milestones, and trying them out in the safety of still living with parents who can hand down consequences and explain appropriate behaviors gives them a safety net they won’t have when they enter a dorm room and have little to no supervision. Romantic relationships are especially important to many teens as they figure out what type of person they like, what type of relationship they want, and what they will or will not tolerate from future partners. Going through some of that with parents close by to observe and provide input is invaluable, and many kids are missing out on that.

For my early college students who looked forward to leaving home for far-flung campuses, this year has been disappointing. I’d say that’s particularly true of my LGBTQ kids who had hoped that a new environment with more people and opportunities would provide the first chance to really explore dating in the LGBTQ community while continuing to find themselves and their identities. I have a few young adults who have lost an entire year of this important growth.

We will eventually look back on this time as a blip on our radars, and the children and adolescents will catch up and end up where they should be. But for now, we all need support. Make sure you are giving your kids as many safe opportunities as you can to continue their social development. Don’t let them get too attached to their technology, even if some of it is social, and get them out in the fresh air, doing activities that are healthy and productive.

Have conversations with your kids about what would have been happening in real life if things were different this year and discuss various issues and observations. Ask your child what he misses most in this past year. Ask how her relationships have changed for good or bad due to the shutdowns. Talk about the lost time and how to make that up when things go back to normal. Accept the disappointment your child has about not being able to look at embarrassing prom pictures 20 years from now, or how, after working hard for a diploma there will be a drive-by graduation.

Because kids are resilient, they will come out of this time better than most of us and get right back in step, though some may need some time to reintegrate into real life. We are all rusty after not hugging for nearly a year and we’re all bored of doing things around the house. If that’s the case, give your children time to get back into the pressures of socializing and all the good and bad that entails. One thing that we may take from this past year is that it’s OK to sit back and do nothing once in awhile. It’s OK to not do EVERY sport or accept EVERY invitation. Times like these help us to reassess what is important. Help your kids do that as well. 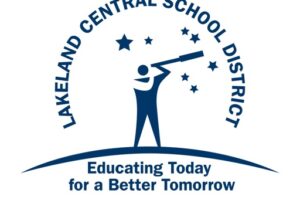 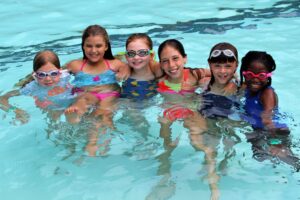 Camp Poco Returns for Its 65th Year This Summer 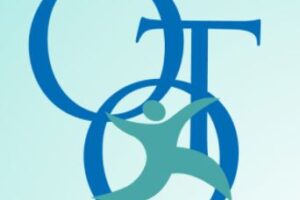