$1.2 Million in Awards to go to Scholars and their Schools for their Exemplary Work in Science and Math Society for Science & the Public today announced the top 300 scholars in the Regeneron Science Talent Search 2020, the nation’s oldest and most prestigious science and math competition for high school seniors. The 300 scholars and their schools will be awarded $2,000 each.

The Regeneron Science Talent Search scholars were selected from 1,993 applications received from 659 high schools across 49 states, Washington, DC, Puerto Rico, Guam and eight countries. Scholars were chosen based on their exceptional research skills, commitment to academics, innovative thinking and promise as scientists and hail from 192 American and international high schools in 39 states and Guam.

Among the 300 scholars selected, 33 are from Westchester. Below are the students from the River Towns.

The full list of scholars can be viewed HERE:

The Regeneron Science Talent Search provides students a national stage to present original research and celebrates the hard work and novel discoveries of young scientists who are bringing a fresh perspective to significant global challenges. This year, research projects cover topics from medicine and health to environmental science.

“We are inspired by the incredible energy and passion of every scholar who is using research to make the world a better place,” said Maya Ajmera, President and CEO of Society for Science & the Public, Publisher of Science News and 1985 Science Talent Search alum. “These young students will be the key to unlocking solutions to many of our world’s most pressing challenges.”

“Congratulations to all 300 scholars from this year’s Regeneron Science Talent Search and welcome to a network of exceptional student leaders and innovators,” said Hala Mirza, Senior Vice President of Corporate Communications and Citizenship at Regeneron. “We are thrilled to recognize and honor these students for the many contributions they are making to the STEM community and our broader society. With such a wide array of interests and high-quality work, we are eager to follow their progress in the years to come.”

On January 22, 40 of the 300 scholars will be named Regeneron Science Talent Search finalists. Finalists receive an all-expense-paid trip to Washington, D.C., from March 5-11, when they will compete for more than $1.8 million in awards provided by Regeneron.

In addition to its sponsorship of the Science Talent Search, in December 2019, Regeneron was announced as the new title sponsor of the International Science and Engineering Fair (ISEF), a global competition for high school students in which nearly 2,000 young scientists from 80 countries, regions and territories compete on a world stage. 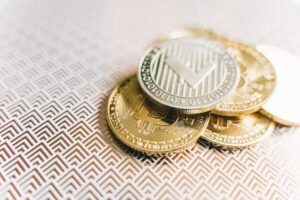