Living in the River Towns wasn’t easy growing up, but it gave me a lot of valuable lessons. Fortunately, I was able to experience different environments around the Hudson Valley. It has taught me how to value my identity as a Hispanic and, of course, myself.

A good portion of my life was spent in Ossining. I was able to feel united with others. I also met other people who struggle with the same things I went through, such as being able to help my parents translate and becoming independent at such a young age. As a first generation, it was pretty hard to look at things as a kid who was raised by American parents.

Later, I moved to Irvington,  realizing I wasn’t comfortable with the new environment I was in. I still managed to learn more and adapt a little. Even though I was accepted, I still felt like I didn’t belong there. At some point, I was embarrassed about being Hispanic. I believe that recognizing my embarrassment caused a major internal conflict within myself, as I no longer felt united and was unsure of who I was. I want to fit into American culture and want to disown my own. I could say it was a phase in my life where I lost myself. Later on, in my sophomore year, I was able to move to Sleepy Hollow High School. By coming here, I was able to see different sides of life. It taught me to embrace who I am and my culture. Seeing other people being proud of their country made me believe in my own.

I think the most unique thing about being Latina is knowing how to appreciate different environments, because, as a whole, we are explorers in which we learn from the new places we encounter and how we value those special movements. Also, the fact that we are able to understand other struggles not only in English but also in Spanish. Certainly, I would say that being Hispanic isn’t something anyone can experience. Seeing my community has inspired me to become stronger and more unique. It inspired me to be someone who helps others who are struggling with the same things I used to fight against. Moving forward, I would love to be someone who inspires other Hispanic people. I know that if I’m doing it, you can too. 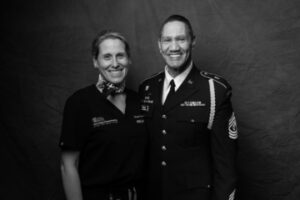 About the Author: Paula Ticona