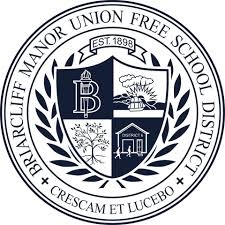 To the Residents and Taxpayers of Briarcliff Manor UFSD:

The Briarcliff School District has scheduled a vote on a $34mm Bond Referendum as part of a $39mm Capital Spending Plan to renovate the district’s properties.  I am part of a group: Taxpayers Against Profligate Spending (TAPS) that strongly opposes the project.  We strongly urge residents to send a message and Vote No on December 13, 2018.

Enrollment in the District has declined 20%, from 1,797 students to 1,434 and Todd School enrollment has declined by nearly, one-third, from 750 to 508.  While demographic changes have certainly played a large role in the decline, it is undeniably true that the burden on taxpayers has been and will continue to be a major contributor to the enrollment decline, especially with the limitation on deductibility of State and Local Taxes.  Young families with children have a very difficult time affording Briarcliff.  District spending amounts to just under $36,000 per student which is generous in comparison to most other districts.

Nearly $3mm of annual debt service from prior projects rolls off over the next couple of years providing the District with a once in a generation opportunity to reduce the burden on its taxpayers and/or improve educational offerings.  The reduction in debt service amounts to more than 7% of the current tax levy amount.  The Administration, with the approval of the Board of Education, is proposing to spend this money and waste this opportunity on mostly unnecessary building projects.  Some examples of the projects include: (1) addition of a $7mm gymnasium at the Todd School, (2) relocation of the Guidance Office setting off a chain reaction costing another $7mm, (3) expansion and conversion of the Library into a “media center” along with a reconfiguration of the “Maresca” area at a cost of $7mm, and (4) $1-2mm to remove and relocate bathrooms in the high school main corridor to create a lounge type seating area.

Should the District’s voters reject the proposed bond issue, we believe that the administration can develop a new, less expensive, and better alternative that works for all the District’s stakeholders, including taxpayers as well as students.