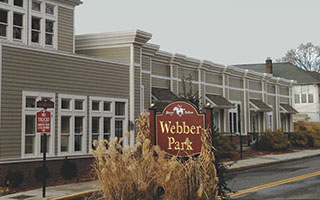 Open Door Family Medical Centers has found itself in the center of an unexpected firestorm over the proposed move of their Sleepy Hollow office from its current location at 80 Beekman Avenue to a new location they recently purchased at 300 North Broadway on the corner of Broadway and New Broadway and at the entrance to Webber Park.

Petitions both in favor of and opposed to the move have been circulated, Village residents have gone on record on both sides of the issue, and the family medical center has in some cases turned neighbor against neighbor. The atmosphere has become so heated that former Village Trustee David Schroedel began his prepared statement in favor of the move with, “No doubt I will lose a few friends over it.”

What follows is a look at some of the main issues surrounding the proposed move.

Some individuals sitting on one or more Village Boards have gone public with their views on the issue.

Trustee Jennifer Lobato-Church has entered multiple statements into the record opposing the move on the grounds that 300 North Broadway is not an appropriate location for Open Door due to the number of variances, particularly parking variances, which need to be satisfied.

Zoning Board member and Webber Park resident Thomas Capossella entered a statement in support of Open Door’s move, saying, “Their proposed use of this building will be an important improvement to what has been a neglected property for many years.”

However, no official Village entity, as a whole, has come out either in support of or in opposition to the new location. Unfortunately, it appears that some mixed signals may have crossed between members of the Village and Open Door.

“Before we bought [the building] we met with several local officials, the Mayor [Ken Wray] being one of them, and they said that they supported the project,” says Lindsay Farrell, President and CEO of Open Door Family Medical Centers. “Every community we’ve been to, we’ve had to get through zoning and planning boards and we knew that it was going to take some time, but knowing that we had their support, we thought that the risk would be worth it.”

However, when they brought their proposal to the Sleepy Hollow Planning Board, they were unpleasantly surprised. “The first submission to the planning board… we didn’t even go with a lawyer. We went with our architect… we suddenly realized that they weren’t receiving this project particularly well, so if we were going to go back, we knew we needed to go back with a lawyer.”

In a written statement presented to the Planning Board, Mayor Wray denied having given his support to the move, stating, “Sometime in the last year or so I was asked to meet with Ms. Lindsay Farrell and an Open Door Board member to discuss Open Door. The discussion revolved around the problems Open Door was having at its current location [80 Beekman Avenue]. I reiterated at that meeting that the Village appreciates the services that Open Door provides. Ms. Farrell may have discussed a move of the facility, but the only encouragement that may have been expressed was a wish that Open Door figure out a way to remain in Sleepy Hollow.”

A common misconception regarding Open Door’s proposed move is that the property at 300 North Broadway is not zoned for medical use and that they need a Use Variance in order to practice on site. However, Sleepy Hollow Village Counsel Janet Gandolfo reports that this is not true.

“They don’t need a Use Variance for a medical building,” she says. “The prior applicant [the building’s former owner Peter Grotto] also needed variances, and as a condition of granting that

applicant a variance, the Zoning Board made it a condition that he not put medical offices in the building. That was a condition for the prior applicant. When Open Door purchased it, they started from scratch.”

In the past, the Village has sold Open Door parking tags for the Elm Street Lot to accommodate employee parking. However, those spots are all being used for the Duracell abatement project and are therefore no longer available to Open Door. So Open Door was forced to look elsewhere. “What we’re proposing is that our employees park at Phelps and we’ll have a shuttle bus that takes them from Phelps to the center,” says Farrell.

Phelps has agreed to this arrangement, but opponents say that even if all employees park off-site, the facility lacks sufficient parking for patients.

In a letter to the Planning Board, Kyle McGovern of Lyons McGovern LLP – who was brought on to represent Open Door – laid out the case for Open Door to receive a parking variance. “Open Door did not view the expected parking deficiency to be an impediment to operating its medical office successfully or anticipate that it would result in an adverse impact on surrounding commercial and residential properties because Open Door knew from decades of experience that traditional parking requirements, such as the one from which it will be seeking a variance here, have no nexus to the needs or requirements of its use,” he wrote. “As the Board knows, Open Door currently operates its medical offices at 80 Beekman Avenue… with NO off-street parking available to its staff and patients. Open Door has operated successfully at the existing location since 1995 notwithstanding the lack of parking, due primarily to the established fact that the overwhelming majority of its patients (70 percent) do not drive to their appointments.”

This has not satisfied opponents, including some Webber Park residents who remain convinced that Open Door patients will clog their residential streets, a worry that Farrell has tried hard to dispel. “The challenge with the building is that it’s never going to have enough parking spaces to meet the code,” she says. “There will always be a technicality that will prevent an entity from meeting all the requirements.”

Another issue that has come up, though it is not one that by itself requires any sort of variance, is the concern for the safety of a large influx of pedestrian traffic crossing Route 9 to visit Open Door. “From the get-go, we volunteered to put a crossing guard there,” says Farrell. “Obviously our patients would be crossing the street, and I had to ask myself if we would we be putting our patients at risk? And the answer is “no” based on the data and based on our suggestion that we put a crossing guard there.”

“[Webber Park residents opposed to the move] are particularly concerned about people parking in the neighborhood… and that’s legitimate; there’s not a lot of street parking,” says Farrell. “At several meetings they’ve expressed concern for the safety of people crossing the street, and I believe those are legitimate concerns. But I believe the real issue is having our low-income patients and our facility in their neighborhood.”

This sentiment was referenced by Schroedel in his statement as well. “I would encourage the ZBA [Zoning Board of Appeals] to ignore those who organized within the adjacent neighborhood around a concept that they could stall Open Door, force the value of the property down through their actions, and then buy it on the cheap (or worse, have the Village buy it on their behalf), in order to have the Webber Park Association “rent it out to businesses that we like,” he said. “I have to assume that you on the ZBA have seen the widely distributed email suggesting this approach. I am personally offended by it and I hope you are too.”

The email to which Schroedel refers is also in the public record. Originally written by a resident of Webber Park, it states, “Could Webber Park Association buy it and use it as they see fit? Clubhouse? Rent it out to businesses that we like? Charter School? Science lab for our children (and open to others by application)?”

The email goes on to say, “We should be able to buy it at a very low price because they just don’t find a good buyer for it.”

Needless to say, the email was an eye-opener for Farrell. “There it was, in writing,” she says. “I saw it. I realized that if a charter school, with buses and children, was acceptable but we weren’t, then the real issue was related to who we are and who we serve.”

Open Door’s proposed move into new facilities at 300 North Broadway remains up in the air. Anyone who is interested can read the official documents related to this issue on the Sleepy Hollow Village website, where they are linked to from the pages of both the Planning Board and the Zoning Board.

At press time, the Village had posted all documents regarding this case from April 4, 2012 to the present. Older documents, beginning with Open Door’s first Planning Board application submitted on September 6, 2011, are publicly available at Village Hall. The next public hearing on the issue will be at the February 20th Zoning Board of Appeals meeting.