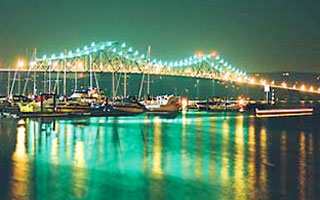 On the evening of April 24th, the Board of Education for the Public Schools of the Tarrytowns was scheduled to adopt a budget of $66,827,609. The budget will be put before the voters on May 15th. It represents a 3.2% increase from last year’s budget and requires a 2.4% tax levy increase, which is under the District’s allowable tax levy increase of 3.077%. The district currently serves 2859 students, which is a 25% increase from 10 years ago, yet it employs just 457 people compared to 465 from a decade ago. The CPP (Cost Per Pupil) for the proposed budget comes in at $23,374, a rise of $362 from a year ago, but down from 2010-2011’s CPP of $24,097.  And since the district serves two villages that are in different towns, the actual tax rate increase will differ between Tarrytown and Sleepy Hollow. This year, Tarrytown residents can expect a tax rate increase of 1.97%, while Sleepy Hollow residents will see a 3.12% increase.

Those who have only heard the occasional sound bytes regarding Governor Cuomo’s new “tax cap,” may be confused to learn that a 2.4% tax levy cap falls under the new law, having assumed that there was a 2% tax cap placed on school districts and municipalities this year. To clarify, the legislation signed by the Governor last year was not, in fact, a tax cap, but rather a property tax levy cap. It put a limit of 2% on the increase in the amount of money local governments and school districts can raise from property taxes. Also, a number of expenses were given exemptions from being counted as part of that tax levy cap. The end result for the Public Schools of the Tarrytowns is that their proposed budget comes well under their tax levy limit, and so the budget will only need to garner 50% + 1 in order to pass on May 15th.

If the budget does not pass on May 15th, the district will get a second chance to put forth a budget for a vote. If that second vote also fails, then by law the district tax levy will be frozen at this year’s numbers, which would be a reduction of $1,250,000 dollars. Since health care costs, pension costs, and other costs such as the price of oil have risen dramatically in the past year, this would mean the district would be forced to achieve this reduction through staff reductions, which would lead to larger class sizes and reduced services for students.

One of the newest mandates affecting the school district is the new APPR (Annual Professional Performance Review) system, which districts must implement or risk losing already-budgeted State funds. This new program has placed a heavy burden on communities across the State. “Larger districts are actually having to look at the possibility of adding administrative staff or hiring consultants just to do the evaluations because it is so time consuming,” explains Tarrytown/Sleepy Hollow Superintendent Dr. Howard Smith.

Smith notes, however, that the real cost of APPR for the Public Schools of the Tarrytowns this year is not monetary. “The APPR is more of a time commitment than an additional outlay of funds because it demands a lot more investment of time in teacher evaluation,” he says. “We evaluate teachers every year, but [APPR] at a minimum doubles the work and then some with teachers and also adds another layer of evaluation with principals. We’re frankly not sure how it is going to work in terms of being able to fit this additional time commitment into administrators’ schedules and what kind of things will be
compressed as a result in terms of their other responsibilities.”

The next public hearing on the proposed school budget will be held on May 3rd at 8pm in the District Administration Building located at 200 North Broadway, between Sleepy Hollow High School and John Paulding.