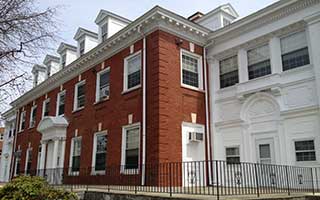 Superintendent Howard Smith is leaving the Public Schools of the Tarrytowns with one last gift – a school district budget that, unlike most districts in the State of New York, will be under the mandated tax levy cap without any major cuts to programs or staff.

Smith admits, however, that the credit for what he expects to be a 1.73% tax levy increase lies more in a series of fortunate events than anything else. “We were fortunate in that several things came together that produced savings for us that allowed us to avoid cuts in staff or programs,” he said.

Also, this year marks the second year of the two-year agreement the District made with its teachers’ union to offer early-retirement incentives, and another block of teachers are accepting the District’s offer.

The third main chunk of savings stems from the District’s decision to outsource the pre-K program at John Paulding. This decision, forced upon the District by the State, will not only end up saving the District money, but also make it possible to offer an additional half-day session if the enrollment rises.

In the past, the State paid for the lion’s share of the pre-K program, with the District picking up approximately $200,000 on its end. However, the arrangement was only made possible by the State Education Department granting  the District a waiver to a policy that states at least 10% of the funds given by the State must go to a private party. This year, the State informed the District that it would no longer grant this waiver, forcing the District to reach out to private parties.

Six different companies answered the RFP – five local programs and one from outside the region. The external proposal has already been eliminated, and the remaining five were being narrowed down with an eye on recommending a final candidate at the April 23 Board of Education meeting.

The new pre-K program, combined with the other two issues mentioned above, have allowed Tarrytown to weather the skyrocketing prices of health insurance and pensions, which are expected to rise close to 40%, but Smith warns that these are all one-time savings. Future budgets will have to either exceed the tax levy cap or face painful cuts to programs, something that Smith believes is not in the best interests of the community. “I think the consensus that has emerged is that there isn’t a lot of tolerance among parents to see more significant cuts than we’ve already made,” said Smith. “They’re not interested in larger class sizes, they don’t want services or programs taken away from their kids either during the day or after school.”
In addition, the District is keeping an eye on increased enrollment. While the numbers for next year’s kindergarten class are still unclear, there is a large bubble of children working their way through the elementary grades. “Where we’re going to feel the pressure is at W.I.,” says Smith, referring to Washington Irving School which currently houses the district’s 3rd, 4th, and 5th graders. “We’re looking to add two more sections, one each in the third and fourth grades. Each new section requires us to find classroom space, so it’s going to be very snug at W.I., and the following year there may be one more. So we are pushing [the W.I. facility] to the limit.”

While the building should be able to accommodate these three additional classes, anything beyond that would simply not fit, and the Board of Education may be forced to look at plans to enlarge the facilities in the coming years.
In addition to voting on the annual school budget in May, which, due to coming in under the tax levy cap, will only require 50% of the vote plus one in order to pass, voters will also be asked to approve a measure allowing the District to spend money on new buses. This measure may be a little confusing, because the money is coming from the State, not from the District, but a vote is still required. “We get substantial State aid… that applies towards the purchase school buses,” explains Smith. “However, the only way that aid can be triggered is by express voter authorization of the spending. It has to be a matter of record that the voters authorize the spending.”

And in the ultimate irony, a vote of “no” on this measure would actually raise taxes, since the buses would have to be purchased by the District anyway, but with no reimbursement from the State.

The budget was set to be approved at the April 23 Board of Education meeting. Copies of all budget documents and presentations are available on the District’s website, located at  http://www.tufsd.org.