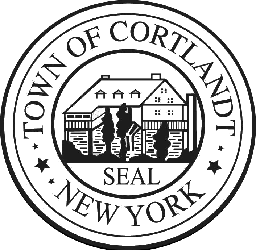 The Town of Cortlandt is putting together a police reform task force that will engage the public on recommending changes and suggestions that it will be making to Westchester County and New York State as those entities study reinvention and modernization of their policing policies.

The task force will respond to the spirit of Gov. Andrew Cuomo‘s Executive Order 203, which required that municipalities with a police force must “develop a plan that reinvents and modernizes police strategies and programs.”  Such municipalities are required to adopt a plan by April 1, 2021.

While the Town of Cortlandt no longer has their own police department after it was disbanded in the 1990s (saving its taxpayers millions of dollars), the town seeks to ensure that the County and New York State (who provide Cortlandt’s policing functions) will take the local community’s feedback into account when they develop their required plans.

Following the death of George Floyd this year, communities across New York State have begun the process of reevaluating police and law enforcement issues as many are demanding change and accountability.  Westchester County Executive George Latimer acted quickly to establish a working group of various stakeholders to review procedures and policies and its Task Force was empanelled shortly after Governor Cuomo issued Executive Order 203 on June 12, 2020; that order required each local government in the state with a police force to develop a police reform plan with community input in order to reinvent and modernize police strategies and programs.

“The County and New York State Police Departments that cover the Town of Cortlandt work very well with our government and with our community.  I have been fortunate to know many of the police officers over the years and they have always been responsive when I have needed them to address any issues.  The Town Board and I will be setting up a task force chaired by Councilman Jim Creighton to meet the Executive order 203 of the New York State Governor to review and improve police involvement with the community, etc.” Supervisor Linda Puglisi

Supervisor Puglisi, this summer, began the work to honor the spirit of Executive Order 203 by preparing her own comments as a draft report on policing issues as a starting point for our community to review and discuss. Councilman James Creighton has been meeting with County Legislator Colin Smith (a member of the county’s 35-member working group, known as the Westchester County Police Reform and Reimagining Task Force) and has been attending their meetings.

Governor Cuomo issued new guidance to communities’ chief executives and police agencies on August 17, 2020, saying there is no “one size fits all” approach to reforming police. “To rebuild the police-community relationship, each local government must convene stakeholders for a fact-based and honest dialogue about the public safety needs of their community,” Cuomo said. “Each community must envision for itself the appropriate role of the police.”

The Town now seeks local members of the community to provide their feedback and to elicit public input at open meetings to assist the County and state in developing a more modernized plan to improve police services and address bias issues. As Councilman Creighton stated: “The police who serve our community do an amazing job, and we salute every one of the many men and women who put on a uniform each day to protect us and perform the highest level of services. We also want to make sure that every member of our community knows that we care about them and that our police must have all the supports in place to ensure that racism or any bias behavior is eliminated from interactions with our community and service members while they are on duty.”

Residents of the Town of Cortlandt who are interested in serving on Cortlandt’s Police Task Force or giving a presentation or contributing in another manner are asked to submit a letter stating their background and interests. Candidates should review information about the Governor’s emergency order found at https://www.governor.ny.gov/news/no-203-new-york-state-police-reform-and-reinvention-collaborative  (or at https://on.ny.gov/2Yajy9J ). Stakeholders with diverse viewpoints are sought including members and leadership of local police forces, members of the community, interested non-profit and faith-based community groups, advocates for racial justice, district attorney’s office, local public defender and local elected officials, experts in mental health, drug abuse, youth development and other community concerns.  Further solicitations for public participation will take place once the Task Force has established a calendar of public meetings in November and December.

All relevant meeting and project information will be posted on the Town of Cortlandt’s website, www.townofcortlandt.com. All submissions for consideration as a member of the Task Force should be made to Claudia Vahey, Human Resources Department Head at CLAUDIAV@TOWNOFCORTLANDT.COM by Tuesday, November 3 at 5:00 pm. The Task Force intends to begin meeting in November to begin this important dialogue.