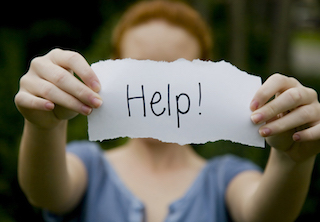 Most, if not all of us in the community, have heard of the two recent apparent suicides of Fordham Prep students.  One student was a local 10591 resident, one was not, but both lives ended the same way, with the youngsters stepping in front of moving Metro North trains.  I am sure I speak for all of us in saying that my thoughts are with these families and friends in their time of trauma and grief.  Any death of a loved one is difficult, but the death of a young person is even harder, and a suicide is that much harder.

Suicide is the second leading cause of death among those 15-34, second only to accidents.  In 2013, over 11,000 people in this age group committed suicide, according to the Centers for Disease Control. Among soldiers and veterans, the rate of suicide is even higher. Historically, teenagers with “LGBTQ” issues, meaning they may have identified as gay or transgender, questioned whether they were gay or transgender, or otherwise struggled with sexual orientation and identity, have had a higher rate of suicide.  My hope is that this trend is changing as there is more acceptance of homosexuality, including the laws now allowing gay marriage, and more understanding of gender identity and sexual orientation. Other issues that can cause a young person to attempt or complete suicide include school struggles, problems with peers, underlying mental illness or emotional issues such as depression, anxiety, psychosis, and the like.  A particularly emotional breakup can be the catalyst in an individual who may already be susceptible to depression, and bullying has been linked to cases of suicide in recent years, with special attention on “cyber-bullying” which can often spread like wildfire over the Internet or through group texts, and is sometimes done anonymously or with another child’s account.

We must be careful in watching for what’s known as “copycat suicides,” a tendency for an individual to commit suicide in a way that emulates another suicide that he knew about either firsthand or from the media.  This is something that may have been at play when the second Fordham Prep student made the decision to put himself in front of a moving train, but that’s not clear, and I can only speculate, not knowing the players.  Fordham Prep has brought in a psychologist who is an expert in adolescent self-harm, and teachers have reportedly talked about this issue of suicide contagion to the student body.  MTA police have been placed more prominently in stations that serve the Fordham Prep community, for the time being.

I found a New York Times article from 1987 discussing the issue of suicide contagion after an attempted suicide appeared to mimic the suicide of four youngsters the previous week.  The article discussed that this issue of copycat suicides was known as far back as 200 years ago, when Goethe’s book “The Sorrows of Young Werther” was banned in some places due to teenagers committing suicide as the title character did, often dressing like the character and/or leaving the book open as something of a suicide note.   In fact, this came to be known as the “Werther Effect” or “Werther Syndrome.” I recall that about 20 years ago there were a few suicides, one right after the other, in a local school district, and at that time there was a lot of concern and interest in protecting the other students.  Sometimes, the media refrain from reporting much detail about a suicide in the hopes that the lack of detail will prevent emulation.

The more alike someone feels he is to the person who commits suicide, the more likely he may be to make an attempt himself, according to research.  In a small school or community, there may be a feeling that the individuals are more alike than different, having a shared bond or sense of identity. In addition, sometimes a depressed individual may look at someone who completes a suicide attempt and say, “If she can’t manage, then neither can I; I should just give up,” and an attempt is made.  Finally, and this is, again, where the media need to tread lightly and try to help rather than hurt or glorify, young people who commit suicide are sometimes idolized, mourned profusely, and held up as an example of a life cut tragically short, ending up more famous and beloved than they ever were in life.  Kurt Cobain had a pretty short career, relatively speaking, but he is still admired and idolized by young people who were not even alive when he committed suicide in 1994. Like accidental deaths — think Marilyn Monroe, James Dean, River Phoenix — suicide can cut a young life in its prime, and the person is then always young and always poised to have more success and an (imagined) long life. James Dean made only three movies and showed a lot of promise as an actor, but his death made him an icon.  The tragedy and mystery surrounding suicide can increase that tendency even more.  A person who admires or idolizes the celebrity may be more likely to see suicide as a way out, or as a way to imitate the famous person, in death if not in life.

A person who is suffering and feeling hopeless may look at a celebrity and think that if someone with that much going for him — fame, fortune, etc. — can’t find the will to live, then how could an average Joe, who is struggling with feelings of depression and fear of the future, find it.  Robin Williams’ suicide nearly two years ago exemplified how someone whose career brought joy to many people, whose talent was indisputable, could deem life not worth living.  Reports indicate that a medical diagnosis frightened him as to how his life would progress, how his talent would be affected, and the like, but a fan might say, “If Robin Williams has nothing to live for, what do I have?”   The same can be true among peers — “If the football captain has nothing to live for, what do I have?”  And sadly, suicide can be seen as a dramatic end to the creative, wonderful life of a genius.  Vincent Van Gogh, Ernest Hemingway, Sylvia Plath, Alexander McQueen, and many others, died by suicide. Rather than seeing these deaths as tragic, they are often seen as the poetic end to a fascinating story, somewhat romanticized without consideration to the reality of death by one’s own hand and what that says about the person’s distress, or what that does to those left behind.

• Looking for ways to kill oneself by seeking access to firearms, available pills, or other means

• Talking or writing about death, dying, or suicide when these actions are out of the ordinary for the person

• Acting reckless or engaging in risky activities – seemingly without thinking

• Increasing alcohol or drug use

• Withdrawing from friends, family, and society

• Feeling anxious, agitated, or unable to sleep or sleeping all the time

I would also add to this list things like giving away possessions, as sometimes suicide is something that is planned for some time, and the individual may start to get things in order, including giving things away or reaching out to people that the individual hasn’t talked to in awhile. In addition, past suicide attempts are a risk factor, as people sometimes make multiple attempts before finally succeeding.  Historically, males have completed more suicides and females have attempted more, often due to the lethality of the methods chosen.

Females tend to use less lethal measures where there may be injury or unconsciousness, but also time to be found and for help to arrive. Males tend to use means by which there is no turning back once the decision is made, such as guns or motor vehicles.

If you or anyone you know is having thoughts of suicide or self-harm, there is a lot of help out there.  The New York metropolitan area is home to a huge number of therapists, clinics, support networks, and hospitals so that we don’t have to search too far to find mental health support.  I know for a fact that we have many hundreds of psychologists in Westchester, as well as numerous social workers and psychiatrists.  New healthcare laws provide what is called “mental health parity” meaning that your mental health insurance coverage must mimic your general medical coverage, more likely guaranteeing that more people have better access to mental health services.

If someone is feeling so depressed and hopeless that suicide seems like an option and/or the person can’t get out of bed, medication to “take the edge off” as I like to say, can be helpful. You can’t really explore why you want to end your life if you are sleeping 15 hours a day and can barely attend to your daily needs, but if an antidepressant can recalibrate your brain chemicals and lift some of the depression, then you can do the work as far as figuring out the triggers and learning coping skills. But be cautious—it is sometimes when a depressed person is starting to feel a bit better that suicides can happen.  This could be because the person is now energized to do something she was only thinking of before and/or because feeling better reminds the person of how bad he was feeling while depressed and the fear of getting that depressed again leads to a sense of panic and hopelessness.

If you have reason to believe that someone is suicidal, don’t leave him or her alone, make sure that there is minimal risk as far as means (e.g., if there are firearms in the house, take them somewhere else or lock them up and have someone hold the key, empty cabinets of medications, etc.), and have a system for checking in. If a person is such a danger to herself that she can’t be trusted even with supervision, she may need to be hospitalized.

While two suicides in one school is a tragedy, these events can be used to educate and help.  It’s an opportunity to talk about depression and suicide, or to discuss how these suicide victims may have otherwise addressed their problems so that other youngsters have ideas of where to go for help should they feel they need it. I often have patients who are overly wound up over some problem, particularly young people who don’t have the perspective of age and can often get emotional over small things in general.  We can all get in our own way when it comes to putting our problems in perspective, but most problems are fixable. Sometimes after hearing about anxiety over some problem, my first response, is “OK, solvable problem.”  Not to minimize my patient’s suffering, but to derail the panic or hopelessness by expressing that most problems do have a solution, or at least are time-limited and run their course. Discussing this reality may help someone who feels that there’s no light at the end of the tunnel.

We all suffer; it’s part of being alive. Sometimes, thankfully, our suffering is small and manageable. Sometimes it feels like things will never get better.  Having a dialogue about the human condition of pain and trauma and discussing various options that don’t include self-harm can help someone hang on for a little longer to allow the suffering to pass or seek help to try to address the problem.  But if we don’t think the suffering will ever pass, then ending it by suicide seems like an option, an option we don’t want more young people to seize upon.