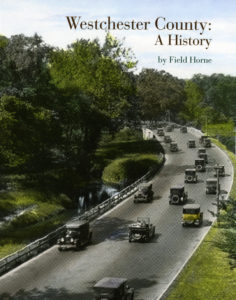 Westchester County is unique in all the world. Most of us know this, and we might even be able to cite some reasons it is unique. It’s harder to understand how it got that way. Why is it so different from Rockland County, Bergen County, even Fairfield County?

To answer this question, we must study local history. This oft-neglected discipline is all about explaining causes: the how, and the why, of the past. As the author Michael Crichton has written, “The purpose of history is to explain the present—to say why the world around us is the way it is.”

Not that Westchesterites have totally neglected this work. In fact, our first county history was published in 1848, the second one in New York State. In 1874 a group of civic-minded citizens organized the Westchester County Historical Society, which to this day collects and preserves the books and manuscripts that record our history. No fewer than five more full-scale histories of Westchester were published between 1886 and 1946, not to mention books about our cities, towns, and villages. But a lot has happened in the past 73 years.

Furthermore, most of the books have concentrated on the flash: the Indians, the rich manor lords, the terrible Revolutionary War, the great men and the great events. These are important, but they are only a small part of our collective past. Farming, which originally occupied almost all the families in the county and still has a certain importance, is seldom discussed. A century ago Westchester was an industrial powerhouse, yet manufacturing is slighted in most of those books. African Americans have been an integral part of the community since the seventeenth century, but are usually forgotten, as are the many ethnic groups that have contributed to the county’s success. These are just a few of the subjects that make great reading but were largely ignored by past historians.

Five years ago the Westchester County Historical Society decided the county’s history should be re-examined and updated. Field Horne of Saratoga Springs, a Mount Pleasant native, was asked to take on the monumental task.

The result of this endeavor was published last September. In its 257 large-format pages, the county’s entire story is presented in an enjoyable and readable style, enlivened by hundreds of photographs, many in full color.

There are some surprises in the book, even for those who know history.

Many will be astonished by the number of summer resorts in old Westchester. By the summer of 1818 there was a substantial hotel at the present site of the Campfire Club at Millwood for those who sought the healing benefits of a mineral water spring there: the Chappaqua Spring and Sing Sing Retreat. Steamboats brought vacationers to the Sing Sing (Ossining) dock and they were carried to the hotel in regularly-scheduled coaches.

There were several Underground Railroad “stations” in the county — notably, John Jay Homestead near Katonah — but the county’s strong ties to Manhattan whose businessmen were enmeshed in the cotton trade resulted in fierce anti-Lincoln sentiment during the Civil War. But later it was a place of opportunity for black entrepreneurs, among them Madam C.J. Walker of Irvington and Francis J. Moultrie, a Yonkers caterer.

The construction of reservoirs in the North County forced the abandonment of much good farmland and the relocation of several entire villages by means of rollers. At Katonah, children returned from school to find their homes in a different place than when they left.

And the book doesn’t avoid the unpleasant aspects of history, such as the 1949 riot at Van Cortlandtville when Paul Robeson was booked to perform, or the 1960 Holly Ball that laid bare anti-Semitism in Scarsdale and elsewhere.

As a whole, though, Westchester’s story is one of hope and progress. To learn more about it, pick up a copy of the book at your favorite bookstore or order from Westchester County Historical Society, www.westchesterhistory.com , telephone 592-4323.