I support Evelyn Farkas for Congress in the June 23rd democratic primary.

After carefully researching the seven candidates, it is Evelyn’s national congressional and executive experience that set her apart. My own experience as an elected school board trustee and activist on education and social justice issues has shown me the importance of having an established reputation, an extensive network, and the skills needed to take concrete steps to govern effectively. Evelyn alone has all of the above!

In addition, Evelyn is passionate, genuine, and humble, and the breadth and depth of her detailed proposals on policy are unmatched.

Evelyn is the daughter of refugees from Hungary who settled in Chappaqua where she attended public schools and went on to earn undergraduate and advanced degrees, including a Ph.D. in foreign relations from Tufts University. She worked on the staff of the Senate Armed Services Committee and served as executive director of the congressionally mandated Commission on Weapons of Mass Destruction, which identified pandemics as a serious threat to us.

President Obama appointed Evelyn as Deputy Assistant Secretary of Defense for Russia, Ukraine and Eurasia. She has also been a contributor to MSNBC for her expertise on foreign affairs.

Evelyn is the most qualified candidate and the only candidate with Congressional, White House, and Defense Department experience. She is already a well respected professional in Washington with the know-how and connections to immediately make an impact.

Letter to the Editor: Democratic Process in Peekskill 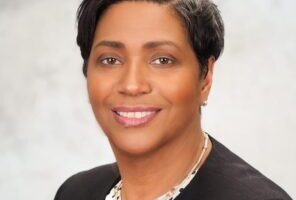