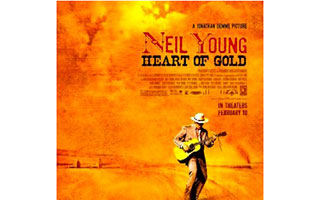 Part of the Tarrytown Music Hall $5 Film Series. Neil Young: Heart of Gold is a 2006 documentary and concert film directed by Jonathan Demme, featuring Neil Young. The film was made during a two-night performance at Nashville’s Ryman Auditorium, premiered at the Sundance Film Festival. Date: July 17, 2013 7pm until 9:15pm