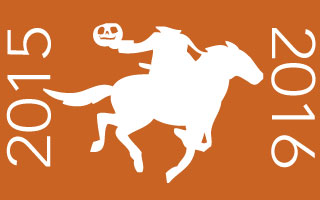 Sleepy Hollow — Tax Reduction of 3.008%
The Village of Sleepy Hollow  is having a renaissance this year, thanks to the introduction of  Lighthouse Landing (formerly the GM property) to the tax rolls. “The Village’s financial outlook is looking brighter thanks to the sale of the General Motors property in December,”  says Village Administrator Anthony Giaccio. “The sale put the property back on the tax rolls enabling the Village Board to reduce taxes for homestead properties [residential homes]  for the first time in many years.”

Thanks to the close to $1 million coming into the Village from the property, a number of previously-discontinued services or eliminated positions have been reinstated in the  2015-2016 budget. In an odd twist of legislation, the added income means that the Village did not stay under the tax levy cap, even though residents will see a tax rate reduction of 3.008%. This is because even though the budget for the coming year has increased, the size of the pool from which it is being drawn has also increased, so each homestead resident will be asked to shoulder a smaller percentage of the burden.  “The Village Board thought it was a win-win,” says Giaccio.  “We lowered taxes [for residents] and we were able to add back some services in the budget including three more police officers, another DPW employee, and another building department employee.”  It is not all good news, however,  as non-homestead [nonresidential] property owners can expect a tax increase of 8.0491%, a factor not entirely within the Village’s control.  “We don’t set the ratio [of taxes between homestead and non-homestead residents],” explains  Giaccio. “The ratio is set by New York State. No matter what we did with the homestead tax rate, there was going to be about a 10% difference between homestead and non-homestead  rates.”  In addition to the new Village  employees, the Lighthouse Landing windfall has allowed  the Village to undertake a number of infrastructure projects.  “We have a lot going on,” says  Giaccio. “First is the Route 9 Streetscape project which we’re doing with Tarrytown.  We’re doing all the sidewalks  from Wildey Street down to the Animal Hospital. We’re in the process of redoing Sykes Park – we’ve already done a lot of improvements there, but we’re also putting a bathroom in. We are building our water  tank. We’re doing a systematic  replacement of all of our water lines, starting in the Webber Avenue area of the Village.  We’re going to install automated water meters by the end of the year. We are replacing a generator at our pump station.  Also, we’re doing an energy audit and we expect there will be some capital projects after the energy audit.”  Installing new automated  water meters throughout the Village will require DPW to  visit every residence in Sleepy Hollow in order to switch the meters. Residents can expect a visit from a DPW representative beginning in the late summer.  In terms of their Government Efficiency Plan, Sleepy Hollow is considering going in with Tarrytown in switching the street lights to LED lighting, as well as implementing the Pothole Killer program with other municipalities. The idea of efficiency  through shared services,  however, is nothing new to  the Village. “We work with six other villages, and we’ve been working with them on shared services for some time now,”  says Giaccio.