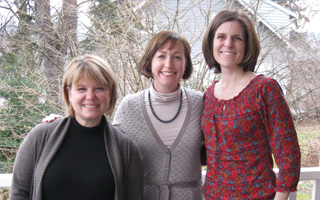 On Tuesday, March 20, the people of Sleepy Hollow will once again be asked to select three of their fellow residents to serve two-year terms as Village Trustees. With current Trustees Tom Capossela and David Schroedel not running for re-election, the race for these positions is wide open. Six different candidates have put their hats in the ring, each believing that they have a lot to offer the Village. While voters can pick and choose from among the six candidates, all six have aligned themselves in slates of three, with three running as Sleepy Hollow Democrats and Village Independents, and three running as the Sleepy Hollow Independent Party (SHIP).
Sleepy Hollow Democrats and Village Independents

First elected to the Village Board in 2008, Trustee Karin Wompa is the only candidate on the ballot running for reelection, and therefore is the residents’ truest opportunity to vote for the current administration. In her four years on the Board, she cites a number of accomplishments that she has been a part of, including building the Senior Center, working on the downtown revitalization committee, redoing Morse park, and above all helping the Village maintain a strong financial standing in these difficult times. “We’re in really good position budget-wise,” she says.

She is looking forward to continuing her work with the other members of the Board of Trustees. “We’ve been so lucky to have seven people [six trustees and Mayor Wray] who really, really work at their projects and the issues,” she says. “I think we’ve accomplished a lot, and I think we’ll continue to move ahead.”

Two newcomers to village politics are running with Wompa on the Sleepy Hollow Democrats line. Susan MacFarlane has been a practicing attorney for fifteen years and has acted as Operations Officer for the 125-person department for the past several years. In this capacity, she has shared budget responsibilities as the firm entered a cost-cutting mode. “I believe that my private sector experience will be an asset to the Village with regards to keeping our taxes as low as possible while still providing important services,” she says.

A resident of Ichabod’s Landing, MacFarlane founded Friends of Horan’s Landing and Sleepy Hollow RiverFront Park, and last year was one of the organizers of Movie Night in the Park at Horan’s Landing. Now she’s ready to bring her leadership skills to the Village at large. “Sleepy Hollow is a post-industrial town,” she says. “It’s changed a lot, just even in the six years I’ve lived here. It needs attention. It’s not a fully-formed, perfect downtown area. There are things that need to be done, and I think I would do a good job in contributing to make [those things] happen.” Parking in the inner  Village is one issue that she would like to address. “As new merchants have come in, they need someplace to park. So what had been adequate parking has turned into a very tight parking situation.”

The third candidate running under the Sleepy Hollow Democrats banner is registered Republican, Jennifer Lobato-Church. Currently a member of the Zoning Board and Chair of the Police Advisory Committee, Lobato-Church hopes to put her skill set and experience to the issues facing the Village. “The major issues that stand before us aren’t new,” she says. “A significant amount of work has already been put into them, but there’s still a lot of opportunity to continue on with that work and to make sure the projects stay in the right direction.”

She lists the GM property, the Castle Oil project, and Sleepy Hollow’s water supply needs among the issues that will require the attention of whomever is elected Trustee, and believes the Village needs to make a more concentrated effort of enforcing housing code violations. “I really see a big health and safety issue in terms of the amount of housing code violations that are occurring on Beekman Avenue as was evidenced by the fires that we had last year,” she says. “So if we can really work on enforcing those housing code violations and compelling these landlords to come into code, you’ll have that residual effect on Beekman Ave. It’ll be a safer place for people to live, a safer place for people to open their businesses.”

She also proposes getting the next generation involved in Village matters by bringing back the Youth Court such as she participated in as a judge when she was growing up in the Village, and encouraging the formation of a Youth Police Advisory Committee. 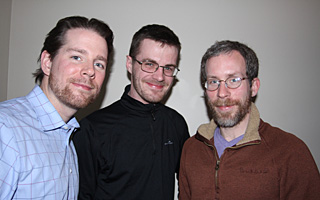 Scott returns after an unsuccessful run for Mayor last year. He has remained involved in Village politics over the past year despite his defeat. “I have asked the tough questions [of the Board] over the last year,” he says. “I’ve been participating as a resident, trying to make suggestions. Having me on the Board is having a neutral and, if necessary, dissenting voice, a voice that listens to and speaks for the people.”

He wants to ensure proper oversight over the GM plans and other waterfront development projects, is a proponent of developing a master plan to guide downtown revitalization, and wants to find ways to get the community more involved in the business of Village government. “I’m not running because this is my

vision of the Village,” he says. “I’m running to bring what the Village wants, so we have the best neighborhood and community that we want, collectively.”

One idea he proposes to further that goal taps into the energy of the younger generation. “I’d like to see a program with the high school that’s a government-related program,” he says. “Give young people who are either interested in the law or interested in government or politics opportunities to volunteer their time and get hands-on experience in Village Hall.”

He has been following the GM project for a number of years and has been very vocal about his concerns over the ultimate agreement. “When the special permit was issued… the Village took on the responsibility to develop the east parcel itself,” he says. “During the public hearings I was the only person from the public or on the Board who questioned the fact that this sizable commitment, which is equal in size to the Village budget, was being made without any publicly available financial due diligence or other review.”

With regards to downtown revitalization, Bedell thinks the Village can take a more active role. “I think the Village can do more on quality of life issues, like garbage cleanup, that will make the downtown a more attractive place for businesses, and we can do so with a lot of public involvement,” he says. He’s not worried about asking the community to become more involved in the care of the Village, and points to his work on the new Morse Park and his organization of garbage cleanup days as examples of how he feels he can bring people together. “I have a lot of experience in involving the public in our parks,” he says. “I’ve found no limit to how giving the residents are once they see that their participation is welcome.”

The third candidate from the Sleepy Hollow Independent Party is former editor of Tarrytown-Sleepy Hollow Patch, Sean Roach. A member of the Sleepy Hollow Environmental Advisory Council, he believes he would bring a different and much needed perspective to the Board of Trustees. “I’m the only person who’s running who lives in the downtown area, and my main issue concerns the downtown area,” he says. Downtown revitalization is at the top of his list, and he believes the Village needs to create a Master Plan to guide development within the Village, “…to make sure that whatever developments happen on the waterfront don’t adversely affect downtown.”

While he has respect for the current Board and welcomes the opportunity to work with them, he disagrees with some of the positions they have taken with regards to the GM development. “I think the property, as big as it is now, is as big as it should be and I would be against any developer wanting to increase the size of the project. It’s probably too big in a lot of ways,” he says. He also believes that the Village has agreed to too many stipulations in the contract drawn up between the Village and GM, citing promises to build a new firehouse, a new ambulance building and possibly a new bridge. “We’ve been given a pittance [from GM] compared to the price tag that we will be paying to do these projects. I really worry about what’s already been agreed to in terms of our responsibilities when the project does begin.” ©