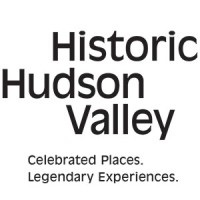 Philipsburg Manor, Washington Irving’s Sunnyside, and Union Church of Pocantico Hills will open May 6; Kykuit, the Rockefeller Estate to open May 21

Historic Hudson Valley will welcome the public to Philipsburg Manor, Washington Irving’s Sunnyside, and Union Church beginning Friday, May 6; and Kykuit, the Rockefeller estate, beginning on Saturday, May 21. Visitors will be able to tour all four of these National Historic Landmarks through November.

At Philipsburg Manor, which has undergone a recent multi-million-dollar restoration, a new walking bridge over the millpond will transport visitors to the 1750s and the property’s historic core. Once there, visitors can experience the gristmill, walk through the manor house stocked with period artifacts, and learn about the 23 enslaved individuals of African descent who lived and labored on the plantation. At Washington Irving’s Sunnyside, visitors can explore the author’s cottage and the bucolic grounds, which were designed by Irving himself, while learning about the man who wrote America’s favorite ghost story, The Legend of Sleepy Hollow. Picnic tables are available at both sites and light snacks, as well as souvenirs and local finds, are available to purchase in the museum shops. Visitors to Union Church of Pocantico Hills can view spectacular stained-glass windows by European masters, including the last commissioned work by Henri Matisse and nine windows by Marc Chagall, learning the inspiration behind each one.

Tours will begin at Kykuit, the Rockefeller estate on Saturday, May 21. The estate’s modern and classical art collection, architecture, and expansive gardens make it one of the top-rated cultural attractions in New York State. Visitors learn the story of the Rockefellers, beginning with John D. Rockefeller, founder of Standard Oil, whose business acumen made him the richest man in America in his day. He later became the country’s first significant philanthropist and by his death in 1937, he had given away more than half his fortune through various philanthropic programs.

Capacity is limited for all tours and visitors are encouraged to purchase tickets online in advance at hudsonvalley.org. Same-day admission prices are subject to a $2 surcharge. All visitors must agree to Historic Hudson Valley’s COVID-19 Courtesy Code, which includes wearing a mask when indoors at any of our properties or while on the shuttle bus to Kykuit. More information can be found at hudsonvalley.org/courtesy-code.

In 1750, Philipsburg Manor was home to 23 enslaved individuals known to have lived and labored there. It is the country’s first living history museum to focus on the history of northern slavery.

The site will be open for guided tours Friday-Sunday, May 6-November 13, as well as Memorial Day, July 4, and Columbus Day. Tickets are $15 for adults, $12 for seniors (65+) and young adults (18-25), and $10 for children. Tours are free for Historic Hudson Valley Members and children under 3. Admission is by timed ticket only.

America’s “Founding Father of Literature” created a romantic, picturesque estate nestled along the Hudson riverbank. The house and the furnishings, many of which are original to Irving, have been restored to their 1850s character.

The site will be open for guided tours Friday-Sunday, May 6-November 6, as well as Memorial Day and July 4Tickets are $15 for adults, $12 for seniors (65+) and young adults (18-25), and $10 for children. Tours are free for Historic Hudson Valley Members and children under 3. Admission is by timed ticket only.

Union Church was organized as a non-denominational Protestant church in 1915 with John D. Rockefeller among the founders. Over the years, the Rockefeller family commissioned its stained-glasses windows by European masters Henri Matisse and Marc Chagall.

The church will be open for guided tours Friday-Sunday, May 6-November 13, as well as Memorial Day, July 4, and Columbus Day. Tickets are $9. Tours are free for Historic Hudson Valley Members and children under 3. Admission is by timed ticket only.

Union Church of Pocantico Hills is at 555 Bedford Road, Tarrytown.

Built between 1906 and 1913, Kykuit was home to four generations of the Rockefeller family.

The site will be open for guided tours Friday-Sunday, May 21-September 30; Wednesday-Monday, October 1-November 13.

Kykuit, a historic site of the National Trust, is operated and maintained by the Rockefeller Brothers Fund as a center for its philanthropic programs. Historic Hudson Valley operates the public visitation program.

All visits to Kykuit start at the Kykuit and Philipsburg Manor Visitor Center, located at 381 North Broadway (Route 9) in Sleepy Hollow, N.Y., two miles north of the Tappan Zee Bridge.