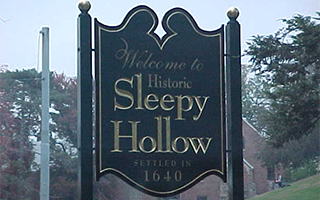 SLEEPY HOLLOW – The seemingly-unending march towards the development of the GM property took some major steps in 2013. “We’re hoping there will be news on General Motors soon,” says Village Administrator Anthony Giaccio. “We’re the furthest along we’ve ever been. The special permit was approved, the litigation with Tarrytown is over. It’s really in GM’s hands right now whether they can find a developer and sell the property.”

The Village will be taking another step towards the goal of developing the GM property in 2014, with the installation of a new, 1,400,000 gallon water tank that will cost $5 million. The tank will be located in Mount Pleasant on land owned by the Rockefellers. “That’s really going to be what we’re involved in for the next six months, for certain,” says Giaccio. “In order for any new construction to take place in the Village, we need to create this water tank. General Motors cannot be redeveloped unless we have this new water tank installed.”

An unexpected boost to the Village occurred this year with the premier and initial success of the Fox television show, Sleepy Hollow. “It’s been tremendous,” says Giaccio. “I think most people are excited about the notoriety. They use references about the Village within the show… They show visuals of the Village overhead. It’s fun, it’s exciting, I think it’s good for community spirit; and then it drew thousands  more people to the Village during Halloween season.”

While people can disagree on the quality of the television show, no one can argue that it provided a massive boost to the Village’s economy during the Halloween season. “We had an awesome Halloween this year,” says Giaccio. “Since I’ve been here, five years, it was clearly the most successful. We already had the goal [of having a strong Halloween] before the show [made its debut]. This year we had a marketing grant… that also contributed to our huge success. In fact, it probably contributed more than the show.”

Giaccio reported that Halloween tourism brought people to the Village every weekend from September to early November. Having a successful Halloween bodes well for the future of the Village. “For the Village itself, the government, it’s an indirect benefit. We don’t get sales tax, we don’t generate a tremendous amount of revenue from our programs,” says Giaccio. “However the Cemetery, the Dutch Church and Historic Hudson Valley did extremely well, financially, thanks to the thousands of tourists we got. Restaurants did tremendous business. Having the businesses be successful makes us more successful.”

Giaccio is quick to point out, however, that the Village is hoping to turn tourism dollars into something more substantial. “Our ultimate goal is that people see that Sleepy Hollow is a place that maybe they want to invest in, Maybe they want to do some more activities here, maybe they want to build a new business here,” he says, “and ultimately, that is where the Village will see the most payoff from all this Halloween activity.”