Waiting to hear from organizations seems to be a lot of what Sleepy Hollow is doing lately. Waiting for a statement from GM, waiting to hear the DEC results for the Duracell Property, waiting for Castle Oil.

But everyone is trying to keep busy by planning and preparing for what lies ahead – even if it’s only speculative.

No major change has come from GM since they declared bankruptcy. "After GM filed bankruptcy, they deemed the Sleepy Hollow area as assets they want to bring over to the new GM," said Village Administrator Anthony Giaccio. At this time, no one knows exactly what this means for the village.

Castle Oil is on hold after experiencing opposition and hearing concerns from neighbors about the proposed height of a six-story condominium with retail space.

Giaccio is waiting for results from the Department of Environmental Conservation concerning the Duracell Property. Another presentation will be made when test results are available.

The Sleepy Hollow Board has made several suggestions and has ideas that are still in the planning stages. One possibility is diagonal parking along Beekman Avenue, something Trustee Caposella is in favor of. Part of the downside is that five to ten parking spaces would be eliminated with one side of the street being completely devoid of parking. However, this would open up better pedestrian streetscapes and beautification of the area. If this occurs, a search for parking is going to become problematic, possibly spreading to residential streets and further clogging these areas. No real plans have been made yet as the Board "has to analyze it more before they move forward with it," said Giaccio. There would be no loss to sidewalk space.

There is talk about implementing a new tax collection policy for next year. As it now stands, half of all residents’ taxes are due in June. Residents can pay the full amount in June or opt to defer half of the tax amount due until December. If payments are divided between June and December, there are no penalties. If the June payment is late, though, a penalty is placed on the entire amount. "The dispute is that you really should only pay penalty for half the amount," said Giaccio. "Some board members want to change the policy so you only pay penalty on half, rather than the full, year."

This could change the amount of money Sleepy Hollow receives because residents could wait to pay the entire amount. Giaccio is hopeful that if this does go into effect, there won’t be too much of an impact.

An agreement was worked on in the spring and recently signed by Mayor Wray to allow time for new Trustee members to see and discuss the agreement. Tarrytown originally wanted Sleepy Hollow to make the leap to 45 percent in one year but was told that it would be too much of a shock to Sleepy Hollow’s budget.

"We want to have a little more control over the budget, which is also part of the agreement," said Giaccio. "If we’re paying a bigger share, we want to have more input. Tarrytown was kind of taking the lead on the budget but if we can keep their budget down, maybe we can save Sleepy Hollow some money."

Dog owners will be happy to know they and their dogs will be welcome in two new areas. Current code states dogs are not allowed in parks, although the dogs walking around with their owners seem to think otherwise. As of September 8th, a law is being passed that allows dogs in both Kingsland Point and Douglas Parks.

Finally, the changing of the seasons from summer into fall makes one think of the most important holiday here in Sleepy Hollow: Halloween. Residents won’t be disappointed.

The Haunted Hayride is back but with some tweaks. Sleepy Hollow was in negotiations with a company, 1031, to build a temporary haunted village in Kingsland Point Park instead of having a hayride. GM was needed to provide parking, and since their bankruptcy, as one member of 1031 put it, "they’re kind of busy."

This was a problem. "We’re left with no hayride and no haunted village," said Giaccio.

1031 has agreed to provide Sleepy Hollow with their annual Haunted Hayride with some changes – changes that will work in the Village’s favor.

The Hayride will now take place over five nights, the 16th, 17th, 23rd, 24th, and 30th of October. They’re also getting fifty volunteers from area colleges to work rather than hiring paid volunteers. In return, 1031 is making a $15,000 donation to the Make-A-Wish Foundation. Sponsors include Mahopac Bank, J.P Doyle’s and Senator Andrea Stewart-Cousins who gave a $10,000 grant.

"We’re very excited," said Giaccio. "It’s more expensive [to have five nights] but we’re trying to lower costs for Sleepy Hollow residents by getting sponsors and working to keep the cost to what it was last year at $10." [per ticket] Business will be brought into the downtown area by starting the hayride at the Village Hall on the 30th and having a Halloween party that night on Beekman Avenue. The cost of decorating will be covered by monies the Village received from a recent movie shoot.

With the coming of September there’s change in the air. and it’s not just the weather. 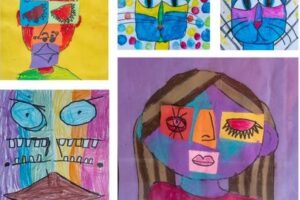 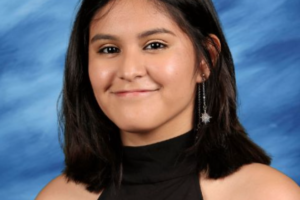