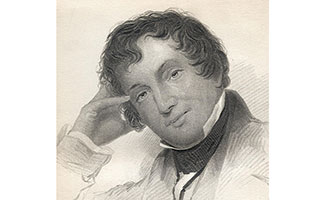 River Journal spoke with Andy Lyons, Co-Chairperson of Irvington’s Historic District Committee, about a letter that this publication received from Mayor Brian Smith, reaching out to residents and property owners in the Village. In essence, the letter gives background information on a possible “Historic District designation” on Main Street and neighboring streets within Irvington. It also invites members of the community to actively comment on the process and bring their questions forward to the Village Administrator. The letter in total will follow.

“We have held a series of public meetings and there have been a number of residents opposed to the historic district. Some of their concerns centered on the regulations that the Village would have to follow [to receive the designation],” Lyons said. At present Irvington officials have no such regulations under consideration, however, Lyons pointed out that it’s not so much what happens today but what could happen in the future with regard to regulations and how restrictive they might be. “That is scary to many residents and that’s what we have to think about,” he added. “The first thing, that you have to consider when you think about preservation are people’s property rights. That has to always be an overriding consideration, particularly when you are developing guidelines. It would be very difficult to codify a specific plan considering our architectural diversity. We range in the timeframe of roughly 1850 to about 1930 in both commercial and residential properties. That encompasses quite a bit [of time] and it would be very difficult to say you can do this and you can’t do that,” added Lyons.

When asked about his involvement as a Co-Chair on the Historic District Committee and his reasons for being so involved, he said, “We have a history worth preserving and there are important buildings that contribute to the historical nature of our Village. This is very important to me as an Irvington resident. I am also the Chairman of the Architectural Review Board and have been active in our Historical Society. Moving forward we need to have more meetings with the public to determine what is important, and not just regarding structures but about potential zoning modifications that could be made. We have been at this process as a volunteer committee for two years now and it would not surprise me if it took that long again to develop a system of guidelines and legislation.”

Andy Lyons closed our interview with a call for more people to become involved, and he personally welcomed new ideas and the infusion of energy they can bring. “I would like to ask the community to help us design legislation and guidelines that could become tools for prosperity and preservation.”

What follows is Irvington Mayor Brian Smith’s letter to the editor on an “Historic District” designation for the Village.