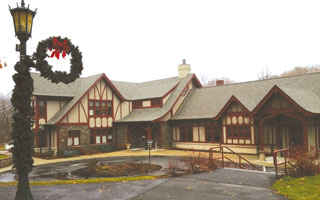 “We are within a percentile of being right on the money as far as expenses and revenues [in the 2011-2012 budget],” says Village Manager Phillip Zegarelli. “The only curveball, of course, is all the cleanup from Hurricane Sandy.”

And so begins what will become a running theme in the Villages — well-planned budgets thrown into uncertainty by Mother Nature. All of the Villages incurred damages and costs and all are waiting to see how much financial assistance they’re getting from the powers that be. “We have been religious in documenting costs from Hurricane Sandy,” explains Zegarelli, “but there’s been no finalized determination as to what percentile of reimbursement  we should expect from the Feds and the State.”

Beyond Sandy, the first half of Briarcliff’s fiscal year went according to plan. “We have been very conservative in our spending. We’re not frivolous. We’ve cut back over the years that I’ve been here… and we’ve learned to do as much as we can or more with a diminishing revenue source,” he says.

However, it gets more and more difficult to remain as frugal in ensuing years as financial pressures outside the Village’s control, such as an expected 10%+ increase in both retirement payments and medical benefits, continue to mount. “We have deferred some potential capital expenditures,” admits Zegarelli, pointing to the need for a new ambulance as well as much needed renovations at the library. “The irony is that if you have the financial ability to do those type of projects, this is the time to do them because the bid process has been very sharp; pricing has been very good for the municipalities.” He further explains that if the 2% tax levy cap were not looming, the Village could save taxpayers a great deal of money right now by borrowing at such advantageous rates and doing work that will eventually have to done anyway.

“It is a significant issue that the State never understood or provided a safety valve for the communities.,” says Zegarelli. “If the marketplace says that you can get very competitive bids, and you can go out to the market and get very low interest rates, and…in doing so you either achieve an efficiency or an improvement of services, you should be able to do that and not be penalized by the 2% [tax levy] cap limitation.”
Looking forward, Zegarelli doesn’t see major expenditures on the horizon, and is simply hoping to get FEMA money for Sandy so that he can make it to the next budget on target. “I’m hoping we have a winter more like last year than two years ago,” he says. “If it snows, you’re going to remove the snow… if it snows a lot, we’re going to be out there plowing, and that costs money.”