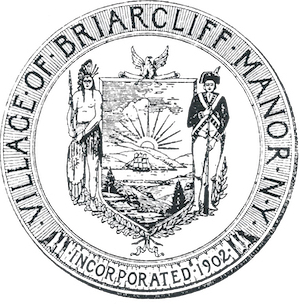 With New York State pushing for more progressive government on the local level and the streamlining of bureaucracy, it comes as no surprise that the progressive minds within the Village of Briarcliff Manor see distinct value in becoming their own Town and Village. For starters, Briarcliff would become a “one stop” shop for all the services it offers residents. In addition, were Briarcliff to be its own Town, it would eliminate the current Town taxes it pays to Mount Pleasant and Ossining, for the very limited services provided.

The school systems would remain intact with approximately 30% of Briarcliff residents within the Ossining school district.

There is reason to believe that the timing is right and New York State is funding such initiatives. In the coming months there should be more to report on how the Village of Briarcliff Manor could also become the Town of Briarcliff Manor. For now, let us close by saying that something’s in the air at the State level and for more municipalities locally as well.