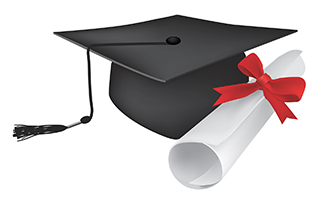 It’s that time of the year again, school is almost over, the beach beckons, and high school seniors across the country are preparing to make one of the biggest transitions of their lives. While the idea of freedom and all-you-can-stand partying is tantalizing for most, many high school seniors are quickly realizing that beginning a new chapter in life, means ending an old one.

Six Briarcliff high school seniors, all friends, are getting ready to move out and move on, but not before reflecting on what their Briarcliff High School experience has meant to them.  Besides academics, High School is a time when there are personal challenges and social growth not to mention hilariously funny experiences.  Aditya Dave, a Carnegie-Melon-bound senior, recollects the time during his sophomore year when he got into a rap battle with his English teacher, Mr. Schulman.   Ryan Levy who will be attending Northeastern University in the fall, also remembers a funny experience when he was a sophomore. His Algebra class was celebrating “PI day” and one student ended up getting a pie in the face from his friend.

When asked about what the students are most sad about leaving behind, all of them talked about their friends and family, except for senior Michael Jacobs, who will be going to SUNY Geneseo, who replied with a laugh, “The women.”   Funny, he gave the exact same answer to what he was most looking forward to in college!  All agreed that the day-to-day interaction with each other, the quips and jokes, were what made high school fun.  While all of the students were confident that they would keep in contact with their high school friends, they all agreed that it wouldn’t be the same as seeing them every day.

The students were also asked to speak about what their biggest obstacles were throughout high school, and how they managed to overcome them. Student Gerardo Munoz, who will be going to Ithaca College, replied, “It was definitely managing my time between athletics and school. Freshman year I had trouble with it, but eventually I learned to manage my time more wisely.” Freshman year seemed to be a difficult experience for many of the seniors. Gerardo later went on to say, “I have literally trained myself to forget that entire year.”   Some said that because they had not developed study skills yet, they were blindsided by the work they took on. Others said that because nobody could drive, it was hard to get together with friends. Aditya Dave agreed with this and also said he always had to make sure he was with the right group of friends, and that it is “important to stay yourself when everyone else is changing you.”

Lexy Praeger, who will be attending Northwestern, says that the college process was really difficult. “The SATs, the applications, the essay writing and the general pressure about getting in was really tough.” Junior year was also a difficult year due to the college process, learning to drive and for many students, more advanced academics.

Mike Jacobs says that senioritis is the worst; “You are not fully in either world.”

Despite the sadness of leaving high school, most of the seniors did seem to be really looking forward to going to college. Notably, future Washington University student, Molly Charney, is really excited about the newfound freedom that college will bring.  “In college I’ll be able to live on my own and manage my own life.” However, like many other graduating seniors, the idea of being able to take different classes also seemed to be an important factor. “You’ll be able to take more classes that you are interested in and [there will be] less that you are required to take.”

Surprisingly, most of the seniors seemed more interested in the novelty of changing their environment and going somewhere new than the idea of partying. Gerardo Munoz said, “It’s good to finally be able to take a step closer to the real world. In high school, everything is here, but it’s time for us to all move on with our lives.” Like any other new experience, enthusiasm is usually matched with anxiety. When asked about what students were most nervous about, the general response was about their roommate situation. When students go to college they have several different options for how they can get a roommate. Many students decide to join fraternities and sororities. Others use specific websites or social media sites to try and find a roommate that they can see themselves living with. However, for a large group of students, the entire process is random, and students have to live with whomever they are matched with. This is a source of worry for many students, like Michael Jacobs who was concerned about being matched with a roommate who is very different from him. For student Aditya Dave however, the main concern is with time management. “There are going to be so many different things going on. It will be really difficult to make sure I am getting all of my work done.” When asked if he thinks high school prepared him for that, he said that he thinks it has prepared him very well, but that it is still going to be very different.

When asked about the biggest regret that they had, the majority of students gave an answer concerning poor study habits and not trying hard enough. For Lexy Praeger however, there are no regrets. “Throughout high school I’m sure I had many regrets, but all of those seem insignificant now that I have been accepted into my first choice college. I’m in a great place now, and I wouldn’t change anything.”

All of the seniors also feel a strong sense of accomplishment with all that they have finished in high school. When talking about the community service that they have done throughout the years, all of them seemed really happy that they managed to go through something difficult and achieve it. For example, Molly Charney became vice president of the Tree Hugger Club (a club that focuses on recycling) and was also enrolled in Habitat for Humanity, where she went to various towns to help build houses. Molly said that while it was difficult at times, the entire experience ended up being extremely rewarding. Gerardo worked at a religious center and Aditya helped teachers set up classrooms in preparation for the school year.  Lexy Praeger also talked about her fulfilling community service experience when she ran a tennis fundraiser for prostate cancer.

While these young adults all prepare for one of the biggest steps in their lives, there is no doubt that it will be journey that brings growth and joy. It will be a very difficult road ahead, but as senior Ryan Levy says, “The only thing I’m really scared about is the laundry.”