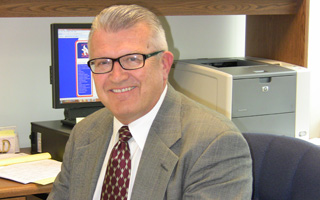 As with any means of comparison, the source of the information is critical. When it comes to ranking school districts and high schools within New York State, one particular online source, Schooldigger.com, gives Briarcliff a 5-star rating [out of 5]. It ranks the Briarcliff School District 4th out of 655 statewide districts.

On July 1, Neal Miller became Briarcliff’s new School Superintendent, and during a recent interview he was emphatic about continuing the tradition of academic excellence throughout the District. Miller is a Harvard graduate with a degree in English and American Literature. He also holds a teaching certificate and a Master of Arts in Educational Administration. A native of California, Miller has spent the last 16 years working in New York State School Districts in Williamsville and Medina. He spent 14 years as the Williamsville East High School Principal which also received a 5-star rating from Schooldigger.com. For the past two years he was the Superintendent for the Medina School District in western New York.

“I contacted a search firm after seeing their ad and my first interview was conducted via Skype,” Miller said. After that he met with the Briarcliff School Board and described the initial meeting as very comfortable. “It was an interactive meeting where Board members and I talked about finances, the quality of education and what was necessary to help students excel,” he added. The comfort he felt with the Board was mirrored by School Board President Guy Rotondo who found Miller easy to speak with and comfortable in his responses. It was Rotondo who pointed out to this publication that Neal Miller had been the first recipient of the Robert F. Kennedy award at Harvard University which was presented to him by Ethel Kennedy. Rotondo also mentioned that Miller had been an outstanding fullback on Harvard’s football team.

After his second interview Neal Miller was offered the Superintendent’s position. When asked what he saw as needing his attention and guidance he was quick to point out that the financial state of affairs within New York was a pressing problem. “I know that there is the misconception that teachers and administrators have caused many of the financial problems we face and I must admit that Governor Cuomo’s comments have added to that. It’s simply not true.” According to Miller it’s just not that simple. “You can watch your budget on supplies and programs but they don’t amount to much of a savings. We will look throughout the District for greater savings.”

Miller intends to preserve as many people and programs as possible within the Briarcliff school system. “Enrollment is slowly dropping and we currently have around 1600 students from K-12. I want to involve everyone to say where they feel there’s waste or redundancy within the District. I want teachers, parents and the community to have a say in this process.” In the same breath the Superintendent makes a strong claim for continuing with the academic excellence that will continually place Briarcliff students in the best colleges and universities.

Guy Rotondo reinforced Neal Miller’s claims of fiscal prudence coupled with excellence in education. Rotondo was first elected to the Briarcliff School Board in 2009. He holds a Bachelor of Science Degree in Accounting from Boston College and an MBA from Columbia University. He worked as a CPA for the accounting firm Arthur Anderson and currently is employed in commercial banking in NYC. “Neal Miller has been hired to provide the optimal balance between spending and academic excellence. We have a long-standing tradition of academic excellence in Briarcliff,” he said. Rotondo currently has two children in the school system and one who has graduated. It should be noted that he and what he calls “an extremely talented and dedicated Board” have managed an 8.78% decrease in the tax levy for 2011/2012. This translates to a 5.99% tax rate decrease for the Town of Ossining and a 12.01% tax rate decrease for the Town of Mt. Pleasant. 70% of the Briarcliff School District falls within the Town of Ossining while the remaining 30% is within the Town of Mt. Pleasant. The $48.4 million school budget allocates 74% to educational programming. Rotondo and his colleagues on the Board are proud of the fact that they have decreased the School Budget by $4.2 million in two years, the majority of which is in non-educational budget lines.

From all appearances school leadership in the fiscal and academic arenas will continue with the team spirit and 5-year planning that Superintendent Miller and the School Board are committed to. The residents of Briarcliff have a strong stake in their school district as well, as evidenced by their 74% “yes” vote on the school budget. ©