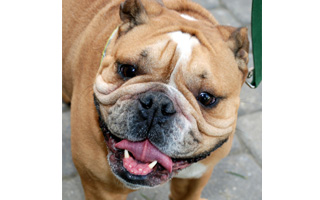 Uniting a band of local pet lovers and their furry friends, The Club at Briarcliff Manor, Westchester’s premier senior living community, collaborated with the SPCA to present “Pet-a-Palooza” on July 26.

The afternoon featured dog and cat adoptions, pet portrait photography by Geoff Tischman, contests with prizes from Pets a Go Go Doggie Day Spa, and on-site services from the Hound Spa. Complimentary refreshments were served for owners and their dogs, with a special chicken pot pie doggie ice cream. Tails were certainly wagging!

Although still under development, The Club at Briarcliff Manor decided to host the event in order to notify future members that they will be a part of a pet friendly community. It plans on setting up a number of opportunities in the future for seniors to mingle and explore the property. A backyard barbeque will take place on August 8th at noon, in addition to a lecture from Scarsdale Medical Group Nutritionist, Elizabeth DeRobertis, on August 16th. She will answer, “Are There Secrets to Losing Weight After 50?” – a part of the Integrative Medicine Lecture Series.

The SPCA of Westchester, located on 590 North State Road in Briarcliff Manor, was joined by dogs Rusty, Andy, and Hershey at the event. All three dogs were up for adoption, but only Rusty found a family that day. In addition, the SPCA brought along it’s air-conditioned adoption van with cats and other dogs ready to take home.

As the only shelter and humane society in Westchester county able to enforce animal cruelty laws, the SPCA is one of Briarcliff’s oldest landmarks. It has been settled in the Village for approximately 129 years since its founding in 1883. The SPCA provides a number of services, including adoption opportunities, low-cost veterinary services, cruelty investigations, community outreach programs, lost and found services, as well as shelter and rehabilitation for abused, abandoned, and lost animals. It relies exclusively on the financial support of those who deeply care about the welfare of animals, as it receiveS no federal, state, or county funds.

Photographer, Geoff Tischman, is one such individual who is a part of SPCA efforts. He is a frequent volunteer who also attended Pet-a-Palooza, taking photos of dogs and their families. Owners are able to order the photos online, with sitting fees of $25 donated to the SPCA.

On a regular basis, the Hound Spa in Mount Kisco mainly takes on recurring appointments in fields of training, grooming, day care, organic and raw food, as well as sleepovers. Its luxury pet boutique is open for all pet needs. The Hound Spa brought its grooming van to Pet-a-Palooza for on-site services, as it has done at various other events, such as the SPCA Walk-a-Thon and the Mount Kisco Sale Day. For 30 years, certified professional dog trainer and TTouch practitioner at the Hound Spa, Debra Gittleman, has developed skills that “enable her to understand and evaluate dogs and their specific behaviors.” She has served on the board of the SPCA of Westchester for ten years, and has obtained a BA, CPDT-KA degree.

Once the event kicked off, contests began. Dogs were judged in the categories of best trick, most obedient, and most friendly. In the weeks leading up to Pet-a-Palooza, owners were able to enter a photo contest on the Facebook page for The Club at Briarcliff Manor. Facebook visitors and staff members of The Club and the SPCA voted for the dogs as best dressed, funniest, best smile, most attitude, most expressive eyes, in addition to other categories. Winners were announced at the event, and took home prizes, courtesy of Pets a Go Go, which is know to be the largest and most successful pet sitting business in the tri-state area.

Owner of Pets a Go Go, Nicole Goudey-Rigger, is branching out to Briarcliff Manor with a new doggie day care, spa, and resort called “Sit. Stay. Play.” It is centrally located on North State Road directly across from the SPCA, and is open seven days a week between 7am and 10pm.  Goudey-Rigger prides her business on being the first fully green doggie facility in Westchester County. The business pledges to hire local residents to help reduce its carbon footprint, use biodegradable and compostable waste/garbage bags, feed organic and natural pet food/treats, and much more in its efforts to be as eco-friendly as possible.

With an event such as Pet-a-Palooza, The Club has made it clear that it both welcomes and embraces all types of members… even the furriest ones!