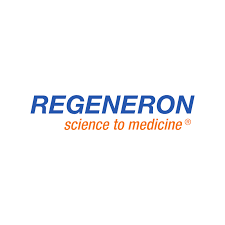 In what is one of the largest development projects to come before the Westchester County Industrial Development Agency, the IDA Board on February 25 voted preliminary approval of financial incentives for Phase 2 of Regeneron’s major expansion of its Tarrytown campus. The 724,000-square-foot project represents a total investment by Regeneron of $1.39 billion resulting in the creation of at least 700 new full-time jobs and nearly 800 construction jobs.

“Today’s historic vote by the IDA is an important affirmation of Westchester County’s ongoing commitment to economic development and job creation. The financial incentives to be provided to Regeneron by the IDA will result in tremendous economic dividends for our County with hundreds of new construction jobs as well as hundreds of new well-paying jobs in the booming life sciences industry,” said Westchester County Executive George Latimer.

The new facility would house multiple new R&D laboratories, administrative buildings, and amenities supporting the company’s important work of turning groundbreaking science into much needed medicines. The project would encompass the design, construction and fit‐out of up to eight buildings, three parking garages, and a central utility plant. The project, which has received approval from the Town of Greenburgh Planning Department, would begin between April and June of this year, and is expected to be completed by the end of 2027.

According to an economic impact report prepared for the IDA by Camoin Associates, construction of the project will result in 789 jobs during the construction phase, generating $100 million in total earnings. It is estimated that approximately 70% of these new earnings will be spent within Westchester County and 25% of that spending will generate sales tax revenue for the County. A cost benefit analysis shows that Regeneron’s project will generate a return of approximately $1.62 of County tax revenue for each $1.00 of County incentives awarded which is at the top of the range of projects previously approved by the IDA.

Regeneron, an industry-leading biotechnology company and Westchester’s largest private employer, currently has more than 3,300 full-time employees at its corporate and R&D headquarters at 777 Old Saw Mill River Road in Tarrytown. Founded and led by physician-scientists, the company has nine FDA-approved treatments and numerous product candidates in development, almost all of which were invented in Regeneron’s Tarrytown laboratories. Its medicines help people with eye diseases, allergic and inflammatory diseases, cancer, cardiovascular and metabolic diseases, rare diseases and infectious diseases like COVID-19 and Ebola. Last year, Regeneron announced that it plans to invest about $1.8 billion over six years to expand its facilities in Westchester and the Mid-Hudson region.

$125.3 million. In addition to the financial assistance sought from the IDA, Regeneron has been granted $100 million in other public incentives to partially defray the cost of the proposed project capital investment.