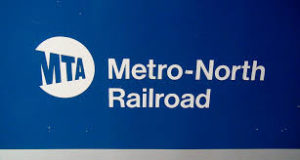 Metro-North Railroad has begun commissioning a new safety system, Positive Train Control (PTC) on the segment of the Hudson Line between Tarrytown and Croton-Harmon. The eight-mile stretch of tracks, became the first segment of the MTA’s commuter railroads to begin limited passenger service testing on Wednesday, Nov. 21.

Positive Train Control enhances train safety behind the scenes by eliminating the potential for human error to contribute to train-to-train collisions or derailments caused by a train traveling too fast into a curve or into a misaligned switch. It also prevents trains from traveling into zones where railroad employees are working on tracks, a potentially grave situation that since 2014 has been eliminated on Metro-North through the establishment of the railroad’s Enhanced Employee Protection System, which gives to track workers in the field the ability to confirm which tracks are taken out of service for maintenance and prevents entry of trains.

Positive Train Control uses a network of computers on board trains and alongside the tracks that are in communication with a central control hub, sharing data on rail conditions in real time. Like roads, every stretch of track has a speed limit; lights at the railroad’s equivalent of intersections flash red and green to indicate when a train must stop or can proceed. If the Positive Train Control system detects that a train is operating too fast for a given stretch of track, or is at risk of passing a stop signal, the system automatically steps in to slow or stop the train, while alerting the train’s engineer that it is doing so.

PTC builds upon existing Metro-North systems such as in-cab signaling with Automatic Train Control, systemwide automatic civil speed enforcement and the Enhanced Employee Protection System, which already offer some of the most substantial functions of PTC.

“Safety is a core value of Metro-North and we are very pleased to build on our existing safety measures as we roll out this important new system,” said Metro-North Railroad President Catherine Rinaldi. “We overcame numerous challenging obstacles to reach this milestone. We will continue to work unceasingly to ensure this roll-out takes place as quickly as possible, and we will continue to aggressively look for new and better ways to improve safety throughout the railroad.”

MTA Chief Safety Officer Patrick Warren said, “While no single technology can eliminate all risk, the introduction of PTC dramatically reduces the risk of train accidents. The MTA remains steadfast in its drive to sustain and improve safety measures in all aspects of the operation of its railroads.”

Metro-North Railroad and the Long Island Rail Road are adhering to an aggressive segment-by-segment implementation schedule that puts them on paths to complete the roll-out of PTC across their entire networks before the Federal deadline of December 31, 2020.

For a video explaining how Positive Train Control works, click on this  3-minute video at this LINK.