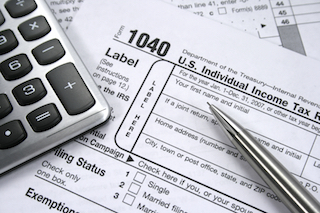 The Internal Revenue Service is the nation’s most powerful,  and sometimes unrelenting, creditor. In many instances, the Service does not need to obtain a judgment in court to collect from a debtor; they can enforce its powers administratively. Since the passage of the IRS Restructuring and Reform Act of 1998, the days of asset seizures without the ability to negotiate alternative collection opportunities are largely a thing of the past. However, statistics show the level of delinquent returns and delinquent taxes are on the rise. According to the IRS 2014 Data Book, the number of delinquent tax accounts rose to nearly 12.5 million taxpayers, up 6 percent from the previous year.

The statute of limitations for the IRS to assess taxes on a taxpayer expires the later of either three years from the due date of the return, or the date when the return is actually filed. An assessment occurs when an IRS officer signs a certificate of assessment stating the amount owed by the taxpayer. Furthermore, the statute is extended to six years when there is a substantial omission (twenty-five percent or more) of gross income on the tax return.

The statute of limitations for the IRS to collect taxes from a taxpayer – the IRS filing suit against the taxpayer to collect unpaid taxes – is generally ten years. Once a tax is assessed, the IRS has ten years to pursue legal action and collect on tax debt using the considerable resources at its disposal.

Regardless of the circumstances, once a return is filed late or a taxpayer does not pay the full amount of taxes due, there are a variety of types of interest and penalties that may apply. The type and amount of interest and penalty depend on how late the payment is as well as the severity of the error in the return. It should be noted if the IRS suspects a taxpayer has: (1) filed a false or fraudulent return; (2) willfully attempted to evade taxes; or (3) failed to file a return, the statute of limitations do not apply and taxpayers face not only heavy interest and fines but could face incarceration. The best way to solve an IRS tax problem is to voluntarily come forward, determine the exact tax liability and a suitable payment arrangement.

The remedies available to the IRS for unpaid and unfiled taxes are enforcement of levies, tax liens and ultimate seizures of personal tangible property and realty. A tax levy is an administrative means of collecting taxes by seizure and sale of property to satisfy delinquent tax debts. Unless specifically exempt by the Code, the IRS can levy any asset under the taxpayer’s control. Even Social Security benefits can be levied at fifteen percent.

If a taxpayer is liable to pay a tax, fails or refuses to pay it, the unpaid amount automatically results in a lien in favor of the United State government. An income tax lien arises by operation of law after an assessment of tax, a notice of the assessment and demand for payment, and a failure to pay the amount assessed within ten days of the notice. The lien created by the failure to pay taxes is often referred to as a secret lien, as only the taxpayer and the Service are aware of the tax debt. Once the Service files a “Notice of Federal Tax Lien” with the clerk in the taxpayer’s home district, the debt is a matter of public record and can affect a lender’s decision on whether to loan the taxpayer money for any substantial purchase or investment.

The Service has created administrative procedures to prevent or minimize enforced collection from a tax debtor. Collection alternatives available to taxpayers include:

1) Extensions of time to pay

The collection alternative available to a tax debtor are largely determined by the amount of tax owed compared to their financial situation, using the statistical standards of specific living expenses (Housing, Utilities, Transportation) based on the taxpayer’s geography and a set of national standards for other living expenses.

Short term (120 day) extensions of time to pay a tax debt are often granted by the Service and don’t require a lot of financial underwriting.

Installment Agreements are generally guaranteed for tax debts under $10K and the amount of financial underwriting needed for debts under $25K is generally very limited. However, those agreements are typically arranged by payroll deduction or direct debit from a bank account. There are instances where the Service will agree to a Partial Payment Installment based on the facts and circumstances of the taxpayer’s tax debt. In all cases, user fees apply in implementing any type of installment agreement.

For those taxpayers who cannot pay their tax debts, they can present an Offer In Compromise or Currently Not Collectible application to the Internal Revenue Service. These collection alternatives are available to those taxpayers who have little to no monthly income, few assets and little or no prospects for future income. In order to qualify for any of the aforementioned collection alternatives, the taxpayer must meet the stringent parameters set by the Service.

Certain tax debts can be negotiated with the IRS directly. However, if your temperament or situation prevents you from solving the issue by yourself, find a qualified accountant or attorney who specializes in income tax relief. If “Nothing is certain other than death and taxes,” don’t let the taxes you owe lead you to a demise earlier than necessary.

Ron Friedman, principal of Ron Friedman, CPA has over fifteen years of tax and accounting experience, most notably in tax resolution matters. He can be reached at ron@ronfriedmancpa.com or 914.830.4369.