The realest kind of reality TV was seen in Croton-on-Hudson a couple weeks ago. Broadcast on the Zoom channel, it was a Community Conversation on Diversity & Inclusion in our Schools, hosted by the Croton-Harmon school district in alliance with the NYU Steinhardt Center for Strategic Solutions.

The reality program’s storyline followed three pivotal words we have seen a lot of lately: Equity, Diversity, Inclusion. They are agents of change marching into our lives emboldened, three abreast, standing shoulder to shoulder, comrades in arms.

THE GOOD FIGHT
The military metaphor is appropriate for what are guardians of a just society banding together to fight the good fight.

Some parents with biracial children spoke of feeling excluded or marginalized as newcomers to the area. A similar sentiment was aimed at the district from the father of a special needs student who had been turned away from its classrooms years ago.

Also notable were the generous expressions of gratitude for the Croton Police and for the overall caring nature of the local villagers.

Invoking “race relations” implies we are, by default, a nation of segmentation — disparate cogs trying to mesh as smoothly as possible without grinding each other down to the nubs.

In the multi-cultural America we are blossoming into — with unavoidable growing and groaning pains along the way — we should keep in mind there is a singular, universal race that binds us inextricably.

Journaling: Rolling on the River 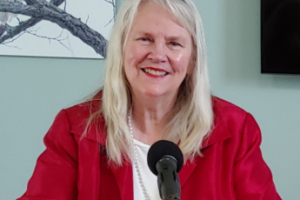 Journaling: A Queen and Her Cortlandt

Journaling: Party of One