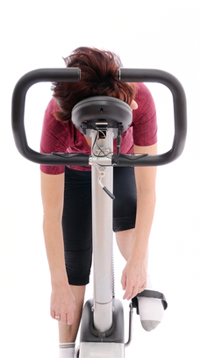 Well the results are in… and drumroll please…

Turns out that the majority of pollsters, a whopping 80%, agreed that working out made them feel great and supplied them with an undisclosed amount of energy that helped them happily get through the rest of their day. Ah, music to my ears. (I did a poll a few days ago asking ‘Do your workouts affect your mood?’ for those who came late to the party.)

Then there are 7% of you who like to eat brownies afterwards (we’re all entitled to our own occasional indulgences), and 13% who feel ‘other’. The ‘other’ being, for one person, feelings of utter hatred towards exercise (I know who you are!) and the other ‘other’ being they felt fantastic, but quite sleepy afterwards. (Yes, those doing the math, 2 people represent the 13%. So I didn’t get a huge response, I’m ok with that. At least no one clicked the “people still exercise” button, thank the high heavens, so the Poll Master will be sticking around for a little bit.)

So to the pollster who stated feeling fantastic but sleepy afterwards, I can definitely relate to at times. As a matter of fact, just today I went to the gym and did my usual treadmill run, but for some reason I just was not mentally into it at all. I started out of the gates pretty strong, but in the time it took for “Mama’s Gonna Knock You Out” to play, what was a thoroughbred at the start, turned into a stubborn mule by the end, needing constant mental reinforcement to make it through. It was a struggle and the only thought that was getting me past the “I haaaaaaaaaate this” mantra that was repeating in my mind like a stock ticker was the knowledge that if I kept with it, there would be some serious hammock time in my future. (And true to my word, there was!)

I know, I shouldn’t admit that, but there are going to be those days when honestly, that’s the only thing I got motivating me. If I know I don’t have to lift a finger after my workout, then I can just about make it through and push myself hard. It happens, we all have those days. The key is to remember how you felt afterwards; accomplished and totally guilt free because you’re secure in the knowledge that you gave it your best shot.

However, if this is more common than not, I’d pay attention to your sleeping pattern and even your eating schedule. There could be something going on there that’s contributing to your lack of energy and tiredness after a workout.

As for the 80% (12 people), I’m glad to hear that working out helps to improve your mood and gives you more energy, that’s what makes it all so worthwhile!

So there are the unofficial results. The poll will remain open for any others who would like to contribute, I’d love to hear from you. And keep an eye out for the return of the Poll Master, who may be popping up again later next week!

Have a great weekend!