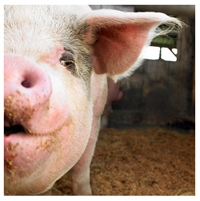 So I’m in the gym yesterday on the treadmill watching Ellen and a commercial comes on for the Cold Stone Creamery. I’ve been there once in my life and when I was there I felt like I was on some sort of game show and it wasn’t until the last possible minute that I finally decided on what I wanted and blurted out to the singing ice cream server (they all sing some song so as to re-set their brainwashing batteries I think) some concoction that sounded like the Keebler Elves themselves came up with it. I think it was something like birthday cake ice cream with lava chocolate souffle bits, garnished with gum drops, topped with brownie chunks, hot fudge and caramel syrup. With oreos. In a waffle cone. Did I get all that in before the buzzer? And need the server ask if they should top it off with whipped cream? Is that some sort of bonus round question? Will I get snickers pieces thrown in on the side if I say yes? Yes, of course I want the whipped cream!

As I came out of my game show haze and returned to my normal senses outside the shop, I actually ended up throwing all 2,000 calories into the nearest garbage bin after only one bite. What a freaking waste! I couldn’t believe I had ordered such a concoction. I swear I was brainwashed upon entering the shop since a huge monster-sized cone with everything thrown into it is the norm there. No one looks at you funny there. Instead they look at you with admiration and are impressed by your creative abilities to be able to think of putting together fudge, oreos, whipped cream and birthday cake into one glorious waffle cone. “How did you come up with THAT?” they think. “That sounds delicious!”

So back to the commercial I saw yesterday that showed everyone eating out of these waffle cones that were so ginormous that kids could actually play in them if they wanted to. “Just hop on in kids and make sure you don’t eat your brother.” They even showed an older couple kissing over a brownie laden ice cream “cup” the size of a dinner plate. It got me wondering, “Is this really what the American diet has come to?”

My sister had a similar experience recently on a trip to Disney World. (Mind you they never actually stepped foot in Disney World, just circled around it, wary to take the plunge into the creepy fantasy land. That’s my interpretation at least, that place freaks me out.) She told me that there were two things that her kids loved most on that trip. One was the plane ride (see, who needs Disney), and the other was a trip to the Golden Corral; a buffet dreamland with so many unhealthy choices it literally can make your head swim. Now let me just say this, a corral by definition is a “pen or enclosure for confining or capturing livestock.” (Well… who came up with that oh so appropriate name? Lure them in with a massive buffet and get them so stuffed that they can’t pick themselves up to leave. Genius!) Described to me was a frenzied state of grabbing, pushing and devouring, and then going back for seconds, and then going back for dessert. Talk about a game show like experience… everyone around you is grabbing up baby back ribs, biscuits and gravy, sausages, bacon wrapped hot dogs, cheese laden fries, double cheese pizza with stuffed crust and bread pudding (of which 1 spoonful is 240 calories.. are you KIDDING me? What do they put IN that?), that you can’t help but get caught up in it all. Absolute eating madness. At a buffet like this with options galore, there are bound to be ridiculously overflowing plates, overstuffed pants, unbuckled belts and garbage cans piled high with wasted, uneaten food at the end of the day. Ah, the American diet. Could it get anymore disgusting?

Since May is Fitness month, let’s all try to make a promise to ourselves to stay away from such places where they’re all too happy to serve up healthy sized portions of really unhealthy foods! (And don’t pay attention to the commercials. No one should be eating an ice cream cone the size of their head.)