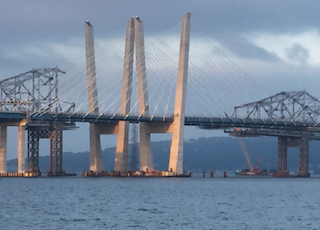 Where to begin? Let’s start in September 1997 or 21 years ago. I was committed to raising my then young family in Tarrytown. A Village that I was raised in before traveling to and living in multiple places within this exciting and diverse country. I was a professional actor looking to put the stage, television and film on hold and commit to a community through a newspaper, the first of its kind, that would be mailed to everyone in Tarrytown and Sleepy Hollow.

I carried a blank tablet of paper to local businesses and sketched what I envisioned the publication to look like and listed what the articles would address. Voilà – the first issue was in the black, paying everyone from the printer to the post office to the production staff. No small feat and we never looked back. We have remained a profitable publication that enabled us to venture into Irvington, Briarcliff Manor and areas of Ossining.

At the onset, River Journal had two requisites set by me and they remain to this day. The first – that it be a “classy” looking publication, designed beautifully, of a size that is unique, with heavy paper stock that readers appreciate. “It reads well and feels good” is a repetitive refrain from the residents who write, call and email. The second requisite for River Journal also remains to this day – that it be one of “relevance” as reflected by the local elected officials and their governance (or in some cases lack thereof), our talented and accomplished neighbors, highlights and lowlights coupled with quality-of-life issues in the Villages we call home.

Being completely advertiser-driven and mailed complimentary to every household, River Journal is and has remained grateful to the businesses we have promoted in print and online. Any vibrant Village needs a strong and vital local business community, and that can only occur through our readership’s understanding and support. Empty storefronts and struggling merchants cannot a Village make.

In the acting profession it is a given that “less is more.”  That truism applies to this brief piece as well. I want to thank all the people with whom I have come in contact over two decades.

They have made the hard and prosperous work of this monthly publication a memory that will endure from here on. As for “here on” – I wish to return to my writing and performing. I so enjoyed and learned from “Aging a Bad Rap” which I wrote and performed at the Tarrytown Music Hall last year. Being on that stage was an honor and it showed me that I still have the “acting chops” to continue. In fact, I have recently completed the first draft of a second solo performance.

‘Tis time to move on. River Journal will either continue under new ownership – everything is in place for it to do so in print and online – or River Journal can move on as well. The conviction of success and the gratitude that this generates will be the publication’s footnote.