A Brilliant Crystal of Many Facets

[Ed. Note: This is the final article in a three-part series — profiling local luminaries of the past three centuries — that began in March in recognition of Women’s History Month.]

Crystal Eastman (1881-1928), often overshadowed by her more famous brother Max Eastman, dedicated her life to gaining equal rights and civil liberties for all.

Raised in upper New York State, she spent much of her time in New York City and later settled in Croton-on-Hudson on Mt. Airy Road.

She graduated from Vassar College, then Columbia University, and then NYU School of Law where she ranked second in her class. At that time, she was one of only a few hundred female lawyers in the country.

Early in her career as a labor lawyer, she was the first woman appointed to New York State’s Commission on Employers’ Liability and Causes of Industrial Accidents, Unemployment and Lack of Farm Labor. While there, she drafted the first worker’s compensation law for New York, which became the model for the national laws that followed.

During the Women’s Suffrage Movement, she joined Alice Paul and Lucy Burns in founding the Congressional Union (which later became the National Woman’s Party). During World War I, she led the New York branch of the Women’s Peace Party, the oldest women’s peace organization.

In 1917, she co-founded the National Civil Liberties Bureau (NCLB), later renamed the American Civil Liberties Union (ACLU). And, as if she hadn’t already accomplished enough for one lifetime, she co-authored the first Equal Rights Amendment in 1923.

Crystal Eastman was a committed pacifist, a brilliant lawyer, and a strong leader. She married Walter Fuller, an English poet, and settled in Croton-on-Hudson.

She died a few months after her husband, in 1928, leaving behind two orphaned children as well as legislations and organizations that endure to this today.

Saving and Sharing the Stories of Our Past 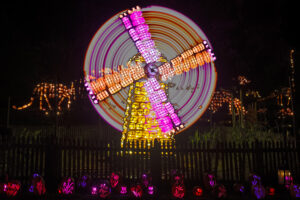 The Blaze: A Halloween Tradition for Families of All Ages 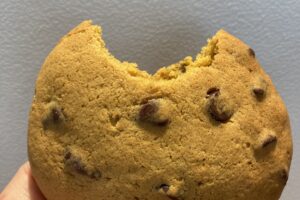 Scare Up a Bunch of Pumpkin Chocolate Chip Cookies