At 425 Ridge Road in Hartsdale, stands a house which looks unimportant, but which is actually a very important house in the history of the United States. It is on the National Register of Historic Places and has been since 1973. This small unimpressive looking, but very important building is the Odell House and, it was built in 1732.

It was here that General George Washington had several meetings with General Jean-Baptiste Donatien de Vimeur Rochambeau of the French expeditionary forces between July 6, 1781 and August 9, 1781

General Washington was able to use the house because it was owned by one of his soldiers, Captain Gilbert Bates, who bought the house in 1760. Unfortunately, by the time of the meeting, Bates had been captured by the British and had died while being held prisoner in New York. Accordingly, when Washington and Rochambeau arrived, it was Bates’ widow who offered the house to the revolutionary cause. The plan agreed to at the end of these meetings led to the success of America’s war for independence.

The original purpose of these meetings was for Washington and Rochambeau to plan an assault on British General Henry Clinton’s forces holding the Island of Manhattan. However, as the weeks went on, and the two generals talked and rode through Westchester and the Bronx, it became clear that the British had overwhelmingly larger forces and commanded the rivers. Due to the strength of enemy forces, the generals began developing a new plan.

On August 14, the French Admiral De Grasse sent word that he and his fleet could hold the British forces in place at Yorktown, Virginia. This development persuaded Washington and Rochambeau to abandon their plans to attack General Clinton in Manhattan and instead to attack British General Lord Charles Cornwallis at Yorktown. The Battle of Yorktown lasted from October 11, 1781 until October 19, 1781. At this battle, the French Navy fought the British Navy and kept them at bay by preventing them from supplying British Army troops. This enabled General George Washington and the American Army to defeat Cornwallis’ troops.

In addition to the naval aid, Rochambeau also provided Washington with additional ground troops. In 1775, Washington’s army consisted of only 1,000 men, and in 1777, Washington had 6,500 men. In 1781, Rochambeau gave Washington an additional 5,300 troops. Washington’s new total of 17,000 easily overpowered Cornwallis’ 9,000 men. After the crushing defeat at Yorktown, the British completely surrendered. American independence was officially recognized in 1783.

The house is referred to as “the Odell House” because after the war Captain Johnathan Odell bought it from Bates’ widow with money General Washington had paid him for his service.

In addition to its critical role in the American Revolution it also reflects much of who we are as Americans today in terms of our country’s core values. It shows: 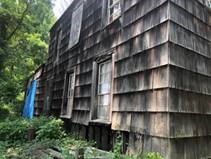 Unfortunately, as seen in the above photos, this house with its: broken windows, rusted doors, and front steps barely visible under thick vegetation, is in desperate need of restoration and repairs, or it will soon be lost forever!!! Accordingly, realizing the importance of this house, The Town of Greenburgh has reached out to many local originations and the state government for the necessary funding.

In one such effort Greenburgh Town Supervisor Paul Feiner said, “If it wasn’t for this house, we might have Queen Elizabeth as our leader.” 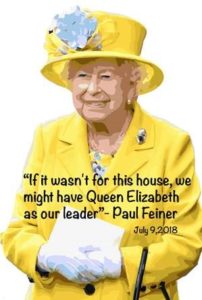 The Town of Greenburgh is currently seeking grants from other funding sources as well. We are hopeful we will save this priceless historical landmark.