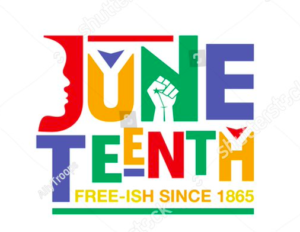 Juneteenth, which marks the date when abolition was announced in Texas and more generally symbolizes the end of slavery throughout the South, has taken on added significance since the killing of George Floyd a year ago.

Two riverfront communities that began commemorating the date last year in the wake of the civil rights unrest spreading across the nation announced plans for this year’s celebrations, both of which will be held June 19.

The Juneteenth Council and the Village and Town of Ossining will host a ceremony in Louis Engel Park on the Ossining riverfront starting at noon. The ceremony will focus on history, the importance of voting rights and feature spoken word and musical performances.

On June 2, an official Juneteenth flag was raised for the first time at the Village of Ossining’s Market Square. The flag will be flown throughout the month to honor the freedom of formerly enslaved Africans in America, as well as the ancestors of Ossining’s black community.

The Village of Irvington‘s second annual Juneteenth Celebration Rally will take place from 2 to 5 p.m., rain or shine, outside the Main Street School, 101 Main St.

The rally will include a moderated panel discussion about the legacies of slavery and related action plans for communities, speeches by state and local elected officials, blessings by clergy, and a talk by award-winning, Yonkers-based artist Vinnie Bagwell.

Live music will be performed by Nkumu Katalay and the “Life Long Project” Band, and the event will include African dancers, Afro Caribbean food trucks, artisans and their wares.

Contact Kelli Scott at kellisherelle@gmail.com or Sarah Cox at sarahcox17@outlook.com for more information.