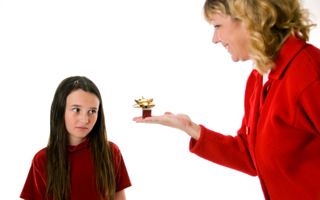 Dara-Lynn Weiss, Amy Chua, Pamela Druckerman.  Not household names, but their beliefs about parenting are getting a lot of attention.  Amy Chua is the author of The Battle Hymn of the Tiger Mother, which profiles Chinese child-rearing practices.  Pamela Druckerman is the author of Bringing up Bébé, a memoir about raising a child in France.  Dara-Lynn Weiss just got a book deal after writing in Vogue about her seven year-old daughter’s weight loss.

American parents are passionate in their feelings regarding these women, most recently Ms. Druckerman, calling them everything from bad parents to extreme to controlling to accusing them of playing out their own neurotic needs with their children.  Some of us would call what these women are doing – “parenting.”  Good, bad, or otherwise, these women have taken a different approach to modern parenting, with varying levels of success and varying degrees of control versus the warm fuzzies.

And that is the problem. Not that one parent is better or worse than the other, but that the American culture has leaned so far in the direction of indulgent, permissive parenting, that any attempt to take the lead in the life of one’s offspring leads to such vehement anger that it’s a miracle these parents have not yet been lynched.

Dara-Lynn Weiss caught my attention when I read in the New York Times about her book deal.  It was then that I found out about her Vogue article and got some of the facts.  With the backlash and hate mail she received you would think she was trying to starve her beautiful size-4 daughter into a smaller prom dress.  No.  Her pediatrician expressed concern that her seven year-old daughter was tipping the scales at almost 100 pounds and insisted that she do something about it, as Bea was at risk for diabetes, heart disease, and a myriad of other issues if she continued at this weight (her weight was at the 99th percentile for her age and height).  The doctor expressed legitimate concern; according to the CDC, 17 percent of American children are now considered obese, a number that has tripled in the past 30 years.  Ms. Weiss took the bull by the horns and got very involved in her daughter’s eating, forbidding certain things, and insisting that her daughter become aware of the calorie content in her food.  She admits to once withholding dinner when she found out that a celebration at school totaled at least 800 calories, feeling that Bea did not need to take in anymore calories that day.  A bit extreme, maybe, but clearly done out of concern.

We can debate whether or not Ms. Weiss went too far in her methods, but should we debate (as many are) if she should have simply left her child alone, as forcing her to lose weight was sure to cause eating disorders in the future?  Left alone her child may have continued to gain weight, never learning to eat healthfully, and perhaps trying to starve herself thin once adolescence hit and she felt more self-conscious about her body.  We are not talking about a child with some cute baby fat, or a teenager developing womanly curves, but a child who was heavier than 99 out of 100 children in her age and height group.  How would we feel if she were thinner than 99 out of 100 children?  Would we then applaud Ms. Weiss for giving her milkshakes?
Living in another country caused Pamela Druckerman to notice that parenting in France was very different than parenting in the US, and she set out to explore why.  For one thing, French mothers, even very good and devoted ones, do not assume that their lives revolve around their children while leaving little room for lives of their own.  Their children learn to soothe themselves when appropriate, when not to interrupt adults, how to sit politely at a dinner table, and they even sleep through the night earlier than American children.  Why is it foreign to American parents that a child should not be indulged?  I don’t remember all the children of my generation being indulged, so why are we indulging the next generation?  When children interrupt adult time, there should be a rule of thumb, “Are you bleeding?  Is something on fire?  Then go work it out, I won’t be long.”  I am not suggesting we let children wait while we chat away for two hours, but a parent is entitled to an adult conversation from time to time.  Many parents will drop everything rather than let a ten-year old wait five minutes.  French mothers (and Sigmund Freud) would argue that all this does is spoil the child and lead him to believe that the world revolves around him.  It’s OK to learn that the world doesn’t revolve around us, because, guess what?  It doesn’t. One wonders if these are the same people who think I want to hear their entire phone conversation during a 40-minute train ride down the Hudson.  Or who double park in inconvenient places.  Because, of course, the world revolves around them.

I recently heard that a group of mothers in a New York City neighborhood that shall remain nameless have begun fighting to have ice cream trucks banned from playgrounds.  At first I thought this was a joke, but it appears not to be.  The reason for this is not because ice cream is unhealthy and they’d rather have a fruit cart come through, but, brace yourself here….they can’t tolerate the whining of their children who want ice cream every single time the truck comes.  What happened to saying, “No, you had ice cream yesterday, you can’t have it every day,” or “We have a special dessert for later; I don’t want you eating too many sweets in one day.” or simply “NO”?  When Sid the Good Humor man came by each day, of course I always wanted a Chip Candy Crunch (YUMMMM) and of course I was allowed to have it sometimes.  And sometimes my mom refused to toss those quarters out the window.  So be it.  And trust me, my mother was not restrictive when it came to what I ate (Count Chocula, Mallomars, Big Wheels….) but, no was no.  I could have sweets most of the time, but in moderation (if chocolate cereal for breakfast can be considered moderation, but she did ask my doctor, and since I had a good diet otherwise—I still always eat all my veggies—and was skinny, he allowed me my Cocoa Puffs).  But if my parents said no, I could whine, I could stomp my feet, it didn’t matter, whether it was ice cream or a new toy or permission to stay up late, my parents actually parented and I think I turned out pretty OK (sweet tooth still intact).  Not that I’m complaining, I make at least some of my living because of children who are overindulged and then at a certain age become uncontrollable.

We need not go back to a time where children were seen and not heard, and excessive corporal punishment was acceptable for minor infractions.  But when a woman is taken to task for taking her daughter’s health seriously, at the request of her pediatrician, what have we come to?  When French babies sleep through the night and children sit through a meal, does that tell us that French babies are in some way different from American babies, or that the parenting might be different?  When “Tiger mothers” are raising valedictorians and Ivy League graduates, perhaps we should sit up and listen.  It doesn’t mean we can’t be warm and fuzzy—Harlowe proved many years ago with his monkeys that they gravitated to the warm, fuzzy mother, whether or not she had food—but we can also take a little from column A and a little from column B.  You need not give your child nothing but lettuce for dinner, but you also need to teach him that indulgence comes only after healthy habits are established.  You need not force your child to practice piano for three hours nonstop, but should teach her that hard work leads to results, and commitment to a task is important.  And if your kid asks for ice cream and whines and complains when you say no, turn up the radio and tune him out. 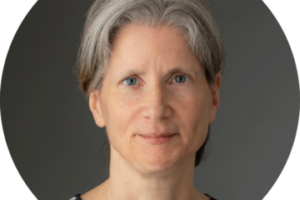